Help Usher in the World of the Dead on Kickstarter! 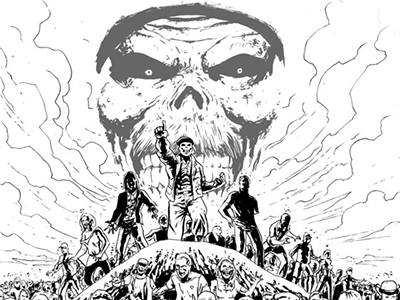 Four years is a long time to live in the rotter lands, the kingdoms of the survivors of the War of the Dead. Trade routes have been established and people are harder now. Resources and labor are the new currency, and a man can make a killin’ off pre-outbreak goods. But is a killin’ enough to buy a miracle some say has been selfishly hidden by those in power, the rumored immunization to the zombie infection?

World of the Dead combines a harsh world of zombie apocalypse with the two-fisted action of Savage Worlds! Check out Daring Entertainment’s World of the Dead Kickstarter for more details and see just what sort of goodies you can get for helping to bring about a new and decidededly dead world order!