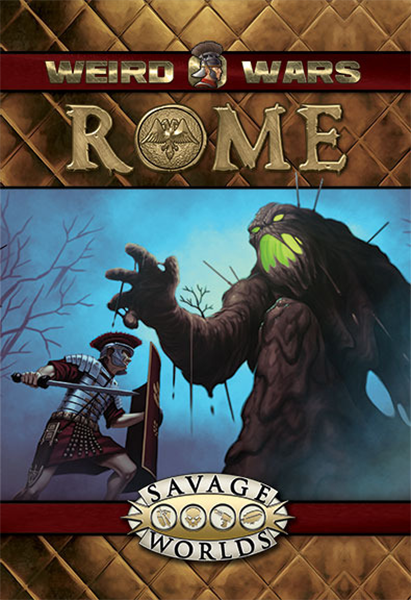 Everything for Weird Wars Rome in print and virtual, including PDF, ebook, and soundtrack!

Limited Edition hardcover available for a while longer at this page.

Players in Weird Wars Rome are legionaries battling the enemies of Rome, as well as stranger things they encounter in their bloody travels across the Empire. The book features two Plot Point Campaigns, new rules for creating “Legacies” from era to era, equipment, strange creatures, enemies and allies, expanded rules for naval combat and sieges, the history of Weird Wars in the Roman period, a new Arcane Background, and an Adventure Generator for any war the legionaries of Rome find themselves fighting.