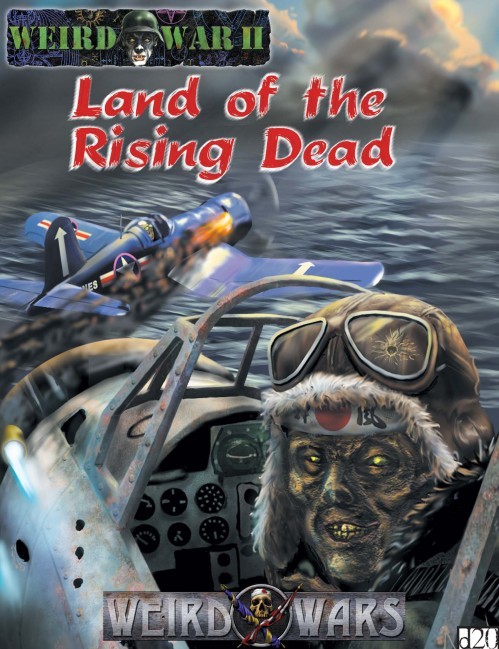 Survivors tell us those islands are crawling with monsters. That’s right. Monsters. Land of the Rising Dead™ is the Pacific Theatre sourcebook for Weird Wars: Weird War Two.™

Inside you’ll find a new character class—the Sailor—new prestige classes such as the Marine Raider and naval officer, new feats—including new weird feats!—and of course, new equipment and weapons. You’ll also find detailed rules for naval combat, including ship statistics for destroyers, battleships, and even aircraft carriers! The Pacific was the scene of the bloodiest fighting in World War Two.

Add in the gruesome terrors of the Weird Wars and this just may be your heroes’ toughest fight yet! Land of the Rising Dead is a setting for Pinnacle Entertainment Group’s Weird Wars: Weird War Two roleplaying game, and requires the first book in the series, Blood on the Rhine.

Be the first to review “Weird War Two d20: Land of the Rising Dead” Cancel reply