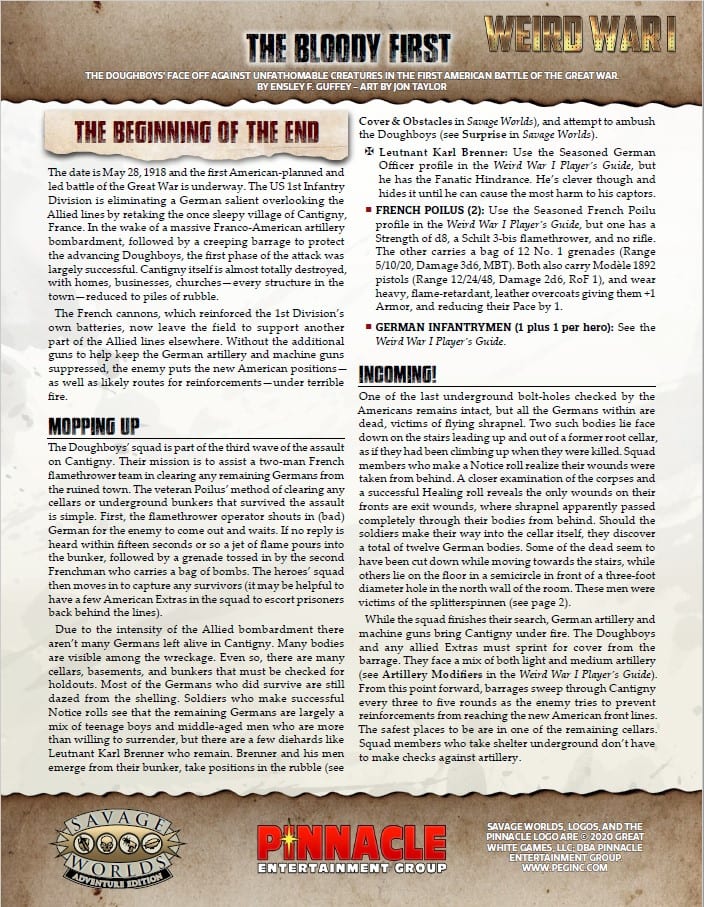 Weird War I: The Bloody First One Sheet

The Doughboys’ face off against unfathomable creatures in the first American Battle of the Great War!

The Doughboys’ squad is part of the third wave of the assault on Cantigny. Their mission is to assist a two-man French flamethrower team in clearing any remaining Germans from the ruined town. Due to the intensity of the Allied bombardment there aren’t many Germans left alive in Cantigny. Many bodies are visible among the wreckage. Even so, there are many cellars, basements, and bunkers that must be checked for holdouts. Going below ground is safer… right?