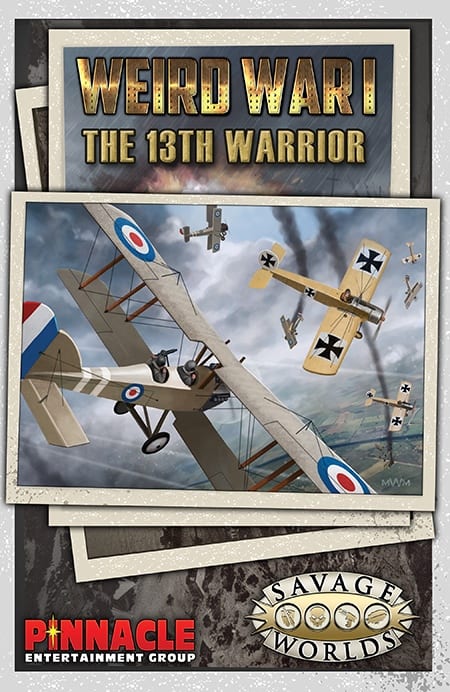 The British XIII Squadron was formed in 1915 and transferred to France later that same year. Its emblem is a cat’s head with a sword behind it, so some jokingly call it the “Stabbed Cats” squadron. Others call it the “Unlucky Thirteenth,” though at this time it’s brand new and hasn’t proven lucky
or otherwise.

In this airborne tale of terror, the heroes are airmen of the British XIII Squadron. Their upcoming trials will pit them against German pilots, social rivals, dark sorcery, and a titanic hunter beyond their wildest nightmares.

This is the adventure by Shane Hensley unlocked in the “War Never-Ending” stretch goal of the Kickstarter for Weird War I! It requires the Weird War I Player’s Guide and Weird War I War Master’s Handbook, as well as the Savage Worlds core rules, to play.