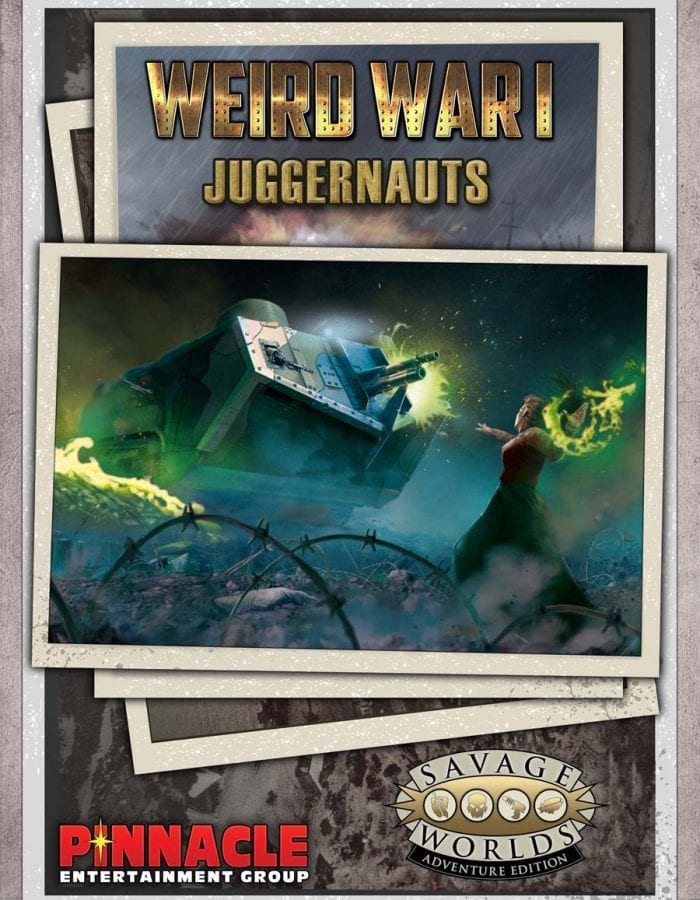 They were designed to break the stalemate of trench warfare, but the new armed and armored landships proved as capable of breaking the men of the “War to End all Wars” as their defenses.

Now you and your crew can lumber into battle in these metal monstrosities, spewing smoke and hurling explosives at those who stand in your way—or the strange and malevolent monsters that rise in the horror and darkness of war.

Juggernauts adds more of the world’s first tanks and armored cars to your Weird War One games. It features updated game statistics, rules for crewing these behemoths, additions to the  adventure Generator, a Plot Point Campaign, and three new stand-alone Savage Tales.

This book requires the Weird War One Player’s Guide, War Master’s Handbook, and the Savage Worlds core rules to play. It’s designed for the Adventure Edition, and you’ll find a free update on our website.