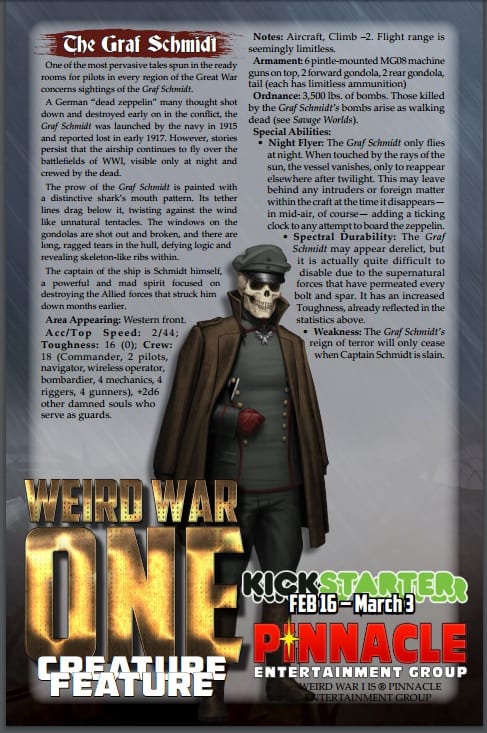 This Creature Feature preview for Weird War I gives the background and stats for the Graf Schmidt, a mysterious zeppelin crewed by the dead!