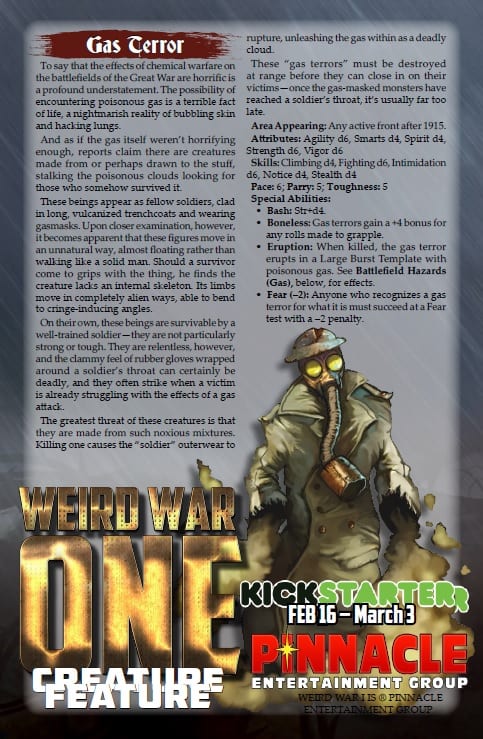 This Creature Feature preview for Weird War I gives the history and stat block for the Gas Terror, with the Battlefield Hazards: Gas rules from Weird War I.