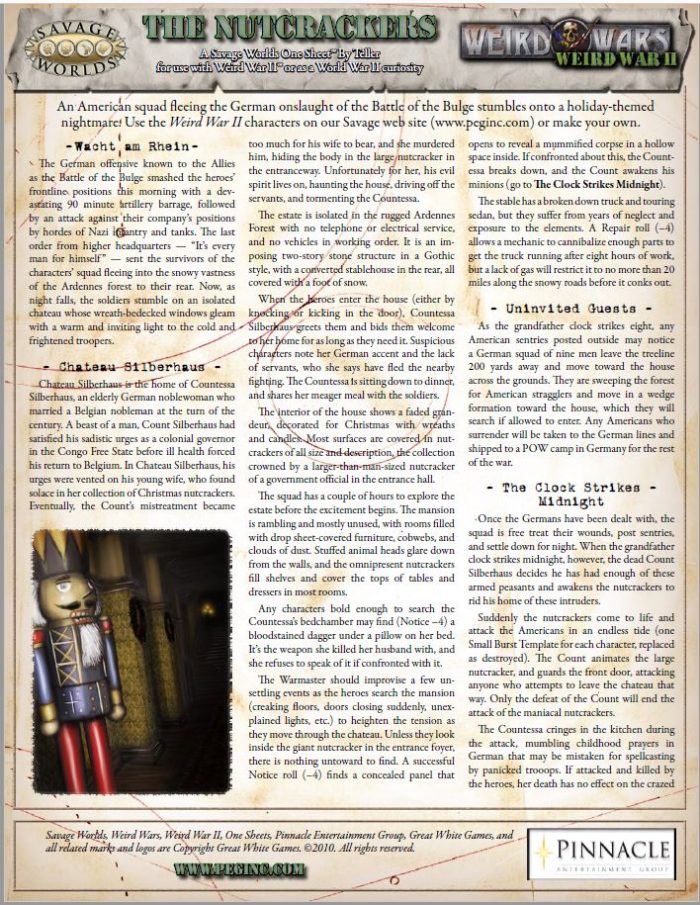 Chateau Silberhaus is the home of Countessa
Silberhaus, an elderly German noblewoman who
married a Belgian nobleman at the turn of the
century. A beast of a man, Count Silberhaus had
satisfied his sadistic urges as a colonial governor
in the Congo Free State before ill health forced
his return to Belgium. In Chateau Silberhaus, his
urges were vented on his young wife, who found
solace in her collection of Christmas nutcrackers.
Eventually, the Count’s mistreatment became
too much for his wife to bear, and she murdered
him, hiding the body in the large nutcracker in
the entranceway. Unfortunately for her, his evil
spirit lives on, haunting the house, driving off the
servants, and tormenting the Countessa.

Be the first to review “The Nutcrackers” Cancel reply