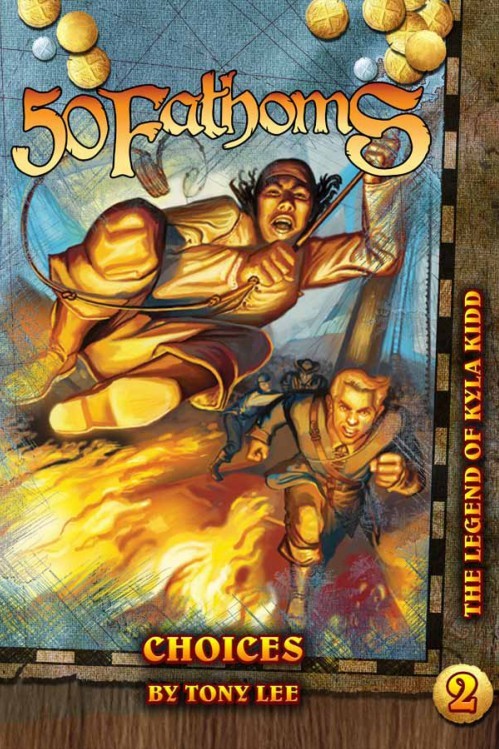 The second part of The Legend of Kyla Kidd finds our heroine searching the oceans, jungles, and towns of Caribdus for the trail of her long-lost father-and his mysterious treasure!

In this part of the tale, Kyla makes new friends in the fantastic world of Caribdus-including a Chinese wind mage, a massive walrus-man, and a vengeful, sleek-skinned Doreen. She’ll need them, because the quest for her father’s mysterious treasure leads her straight between the Royal Navy and the vengeful crew of the Hades Coral!

Written by Tony Lee and beautifully illustrated by Richard Clark.

Be the first to review “The Legend of Kyla Kidd II: Choices PDF” Cancel reply