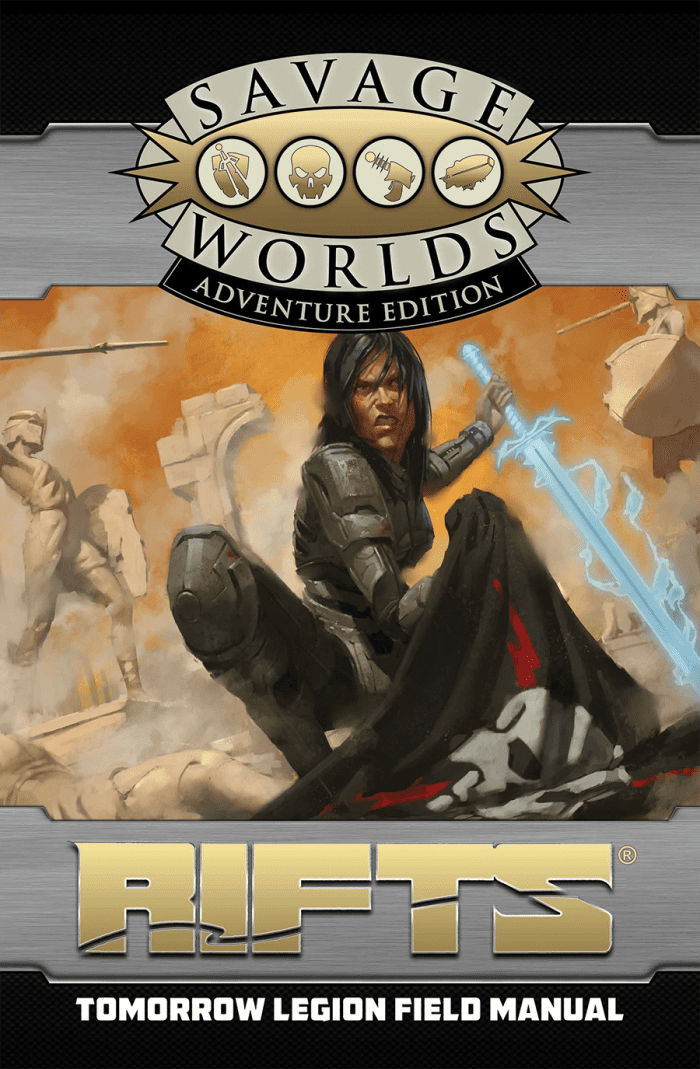 It’s A Big Bad World Out There…

Endless badlands teeming with monsters from the Rifts await anyone willing to leave the relative safety of central North America. New rules allow you to journey into the unknown and barter with the locals—or die of starvation, out of money and out of ammo.

…And It Needs Heroes

Expand your cast of characters with four new playable dragon races, the Bounty Hunter MARS framework, the Vernulian snake-like D-Bees involved in an epic conflict, more than a dozen new Edges, and new Elemental beings. In addition, unique power armor, robots, and vehicles to use on dangerous expeditions.

Head Out Into the Field

The Tomorrow Legion Field Manual also includes four classic adventures, revised and updated for play using the second edition of Rifts® for Savage Worlds. Murderthon explores the brutal world of Juicer sports competitions. In Tome of Destiny the heroes decide the fate of a terribly powerful arcane grimoire. The Contamination Principle is a mystery involving an alien plague. A Fine Solution is a series of Savage Tales which form a Plot Point Campaign.

This book requires the Savage Worlds core rules to play. revised for use with Savage Worlds Adventure Edition and the revised editions of Rifts®: The Tomorrow Legion Player’s Guide and Rifts®: Game Master’s Handbook. Rifts® and Megaverse® are Registered Trademarks of Palladium Books, Inc. All character names and likenesses are copyright and trademarks owned by Palladium Books, Inc. and used under license.