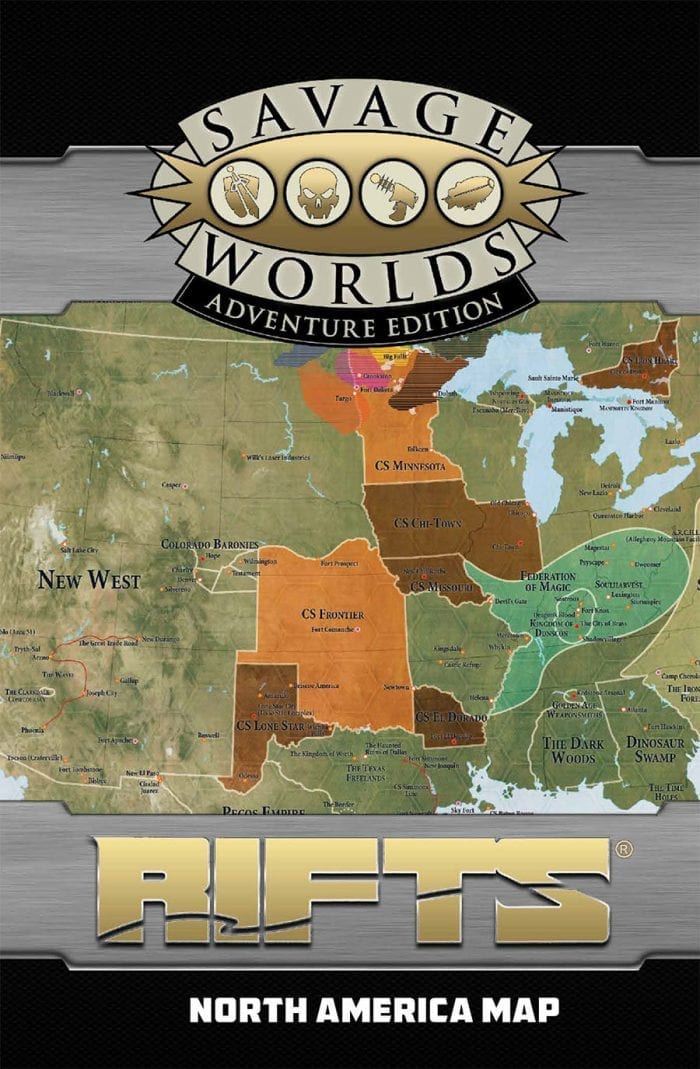 Explore the world of Rifts® using the Savage Worlds system!

This full color map depicts the continent of North America long after the Rifts tore the world asunder and changed the very landscape with apocalyptic fury. All the key locations of the continent are noted in beautiful detail, giving game masters and players alike a full sense of the world they’re exploring and trying to save. This is the revised edition of the map, created during the American Armageddon Kickstarter for Rifts® for Savage Worlds.

THIS IS THE WORLD OF RIFTS®

Unpredictable holes in the very fabric of space and time open the way to countless creatures, beings, and dangers. Whatever you imagine—whatever you fear—it’s somewhere on this war-and-chaos ravaged world.