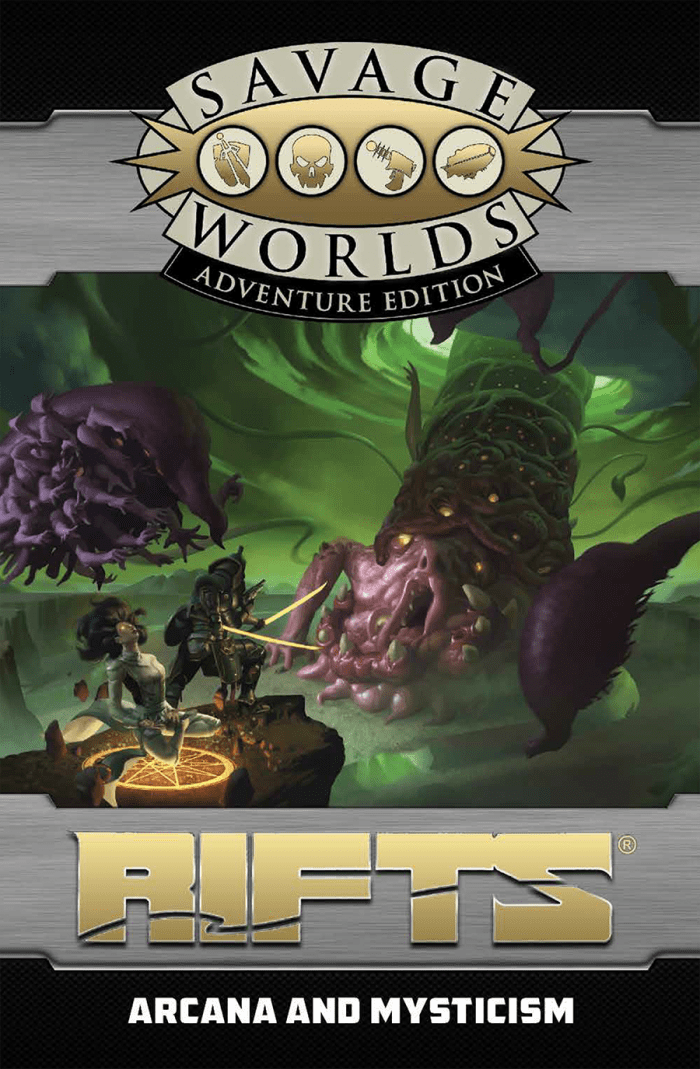 All Legionnaires know of the vile Federation of Magic and its vendetta against the Coalition States, but few comprehend the eldritch powers found further abroad…

What do your Legionnaires know of the Spirit West—the Techno-Wizards of Arzno, the Native American Preserves, or the glory of Tryth-Sal? What do they understand of Lazlo and the territories it defends? What do they truly know about the political machinations splitting the Magic Zone apart?

Savage Rifts® North America: Arcana & Mysticism gives players the tools to dive deep into the magical side of Rifts®. New Iconic Frameworks and M.A.R.S. Packages—such as the Dragon Juicer, Psi-Warrior, and Zapper—plus new gear and vehicles—like the Arzno Jackrabbit and the Dweomer Colossus—provide players access to new realms of mystical might.

This book requires the Savage Worlds core rules to play. revised for use with Savage Worlds Adventure Edition and the revised editions of Rifts®: The Tomorrow Legion Player’s Guide and Rifts®: Game Master’s Handbook. Rifts® and Megaverse® are Registered Trademarks of Palladium Books, Inc. All character names and likenesses are copyright and trademarks owned by Palladium Books, Inc. and used under license.