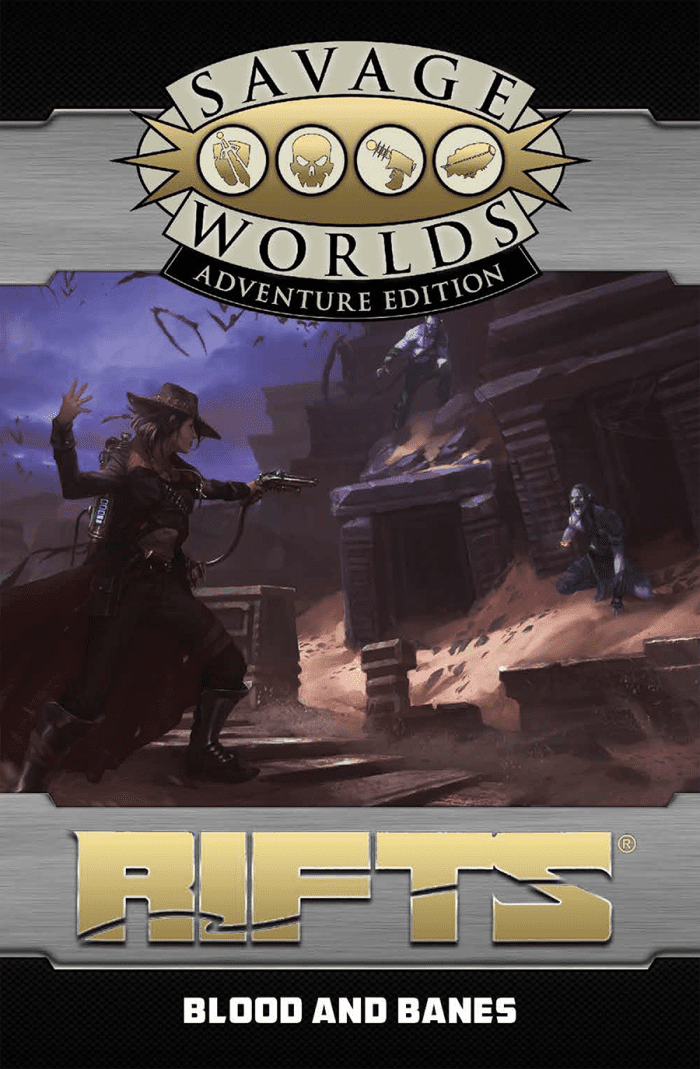 Though the Coalition States and the True Federation of Magic threaten the Tomorrow Legion from either side, the greatest dangers to Castle Refuge come from far afield. In the south, the Vampire Kingdoms plot. In the east, mutant tribes stalk Dinosaur Swamp and ghost-haunted Madhaven. In the north, the alien Xiticix and the demonic Kingdom of Monsters threaten all life on Rifts® Earth!

Extensive faction descriptions, new Savage Tales, and over 40 new creatures help Game Masters bring these other new threats to life, while the Plot Point Campaign Into the Desert Night plunges the Legionnaires into a deadly duel with the Vampire Kingdoms!

Savage Rifts® North America: Blood & Banes contains options for players to bring new allies to life as auxiliary Legionnaires. Reid’s Rangers, the Knights of the White Rose, the Deathbringer Tribe, and the Tundra Rangers stand ready to fight against these banes.

Inside you will find new Iconic Frameworks such as the ethical Necromancer and heroic Vampire, M.A.R.S. packages like the Barbarian and Dinosaur Hunter, new races including the Centaur and Werecat, and plenty of gear and vehicles to help your heroes take the fight to the worst North America offers.