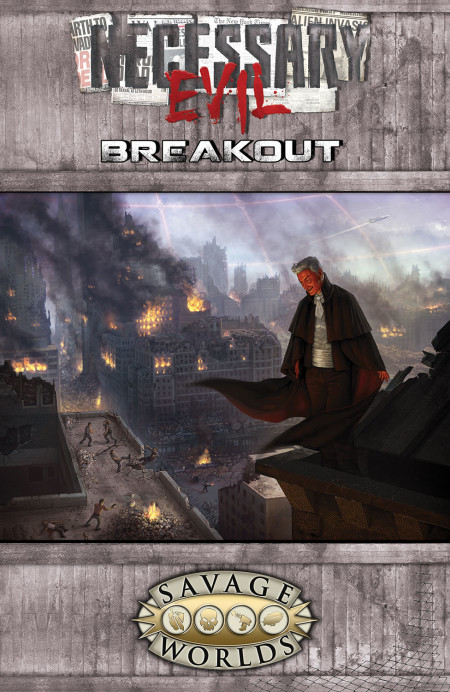 The villainous resistance of New York City was one of the last to hold out against the alien invasion. The evil v’sori responded by placing the island of Manhattan beneath an unbreakable energy field.
Trapped within, the city’s toughest and most cunning super villains must battle it out for food, weapons, resource, and dominance.
But they are not alone. A strange creature swarms in the sewers and subways. Powerful gangs rise and raid their rivals. The Black Hand controls a vast black market of scavenged goods. And rumors of a way out are–so far–nothing more than street gossip.
Only the strong will survive, and only the most calculating will eventually…
…BREAK OUT!
SKU: N/A Category: Necessary Evil Tag: Breakout

Necessary Evil: Breakout is a prequel to Pinnacle’s smash hit Necessary Evil setting. It features Street Level super villains trapped within the alien cordon of Manhattan attempting to form gangs, dominate their rivals, and eventually break out of the v’sori prison. Break Out details the New York City Prison setting, its villains and heroes, and features a full-length Plot Point Campaign for the most nefarious of souls.

Savage Worlds and the Super Powers Companion are required to play. The original Necessary Evil is not required.