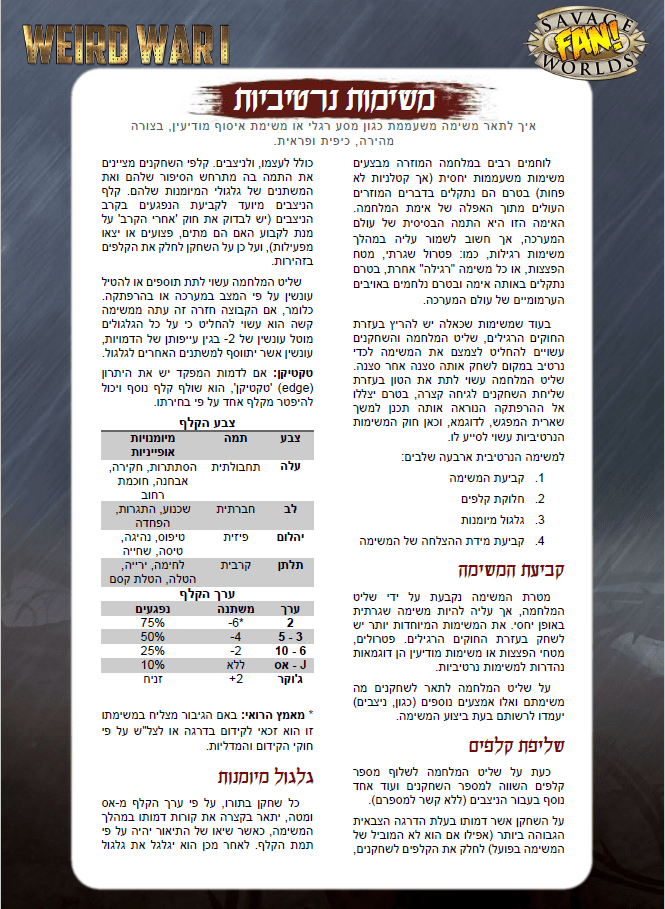 Translation into Hebrew by Oded Deutch.

The War Master can use this new Narrative Missions System to simulate patrols, air raids, coastal raids, or other typical missions–then break out into the regular system if something demands more detailed attention.