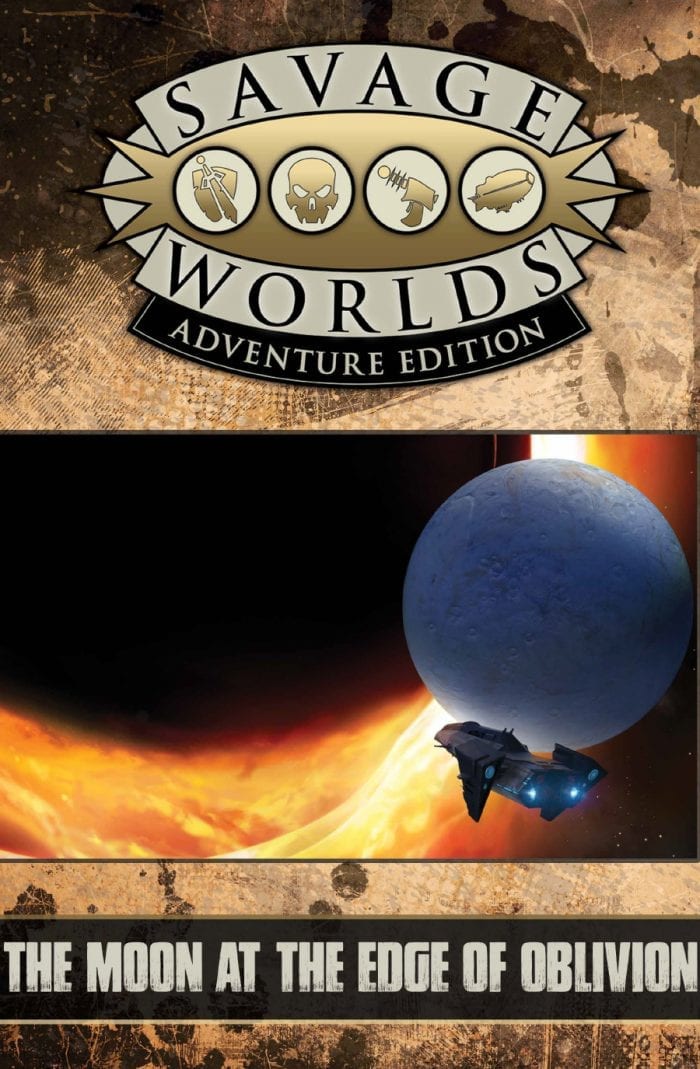 Moon at the Edge of Oblivion: A SciFi Savage Tale (PDF) #SWADE

A Mystery in the Depths of Space

In the distant future, humanity has expanded out of its own solar system to the very edges of the galaxy. The cosmically rich take “hypercruises,” allowing them to see the most spectacular parts of the universe from the comfort of luxurious cabins. One such cruiser of the DestinyCorp fleet, the Dougherty, recently vanished without a trace while on a piloting voyage.

The Dougherty had just come into orbit of a truly unique phenomenon, a moon orbiting a black hole, Scylla and Charybdis, respectively. Charybdis, the name DestinyCorp gave the black hole, is the first humanity has seen of its kind. Scylla, a moon made of ice, impossibly orbits the black hole. It was anticipated that this would be the veritable jewel in the crown of the Dougherty’s newest cruise voyage, but as soon as it arrived to its destination all traces of the ship vanished.

Wanting to discover what happened to its prized cruise liner, DestinyCorp dispatched a small shuttle to embark on a recovery mission—your mission!

Moon at the Edge of Oblivion is a Savage Tale for the Savage Worlds roleplaying game system. A copy of Savage Worlds Adventure Edition is optimal.