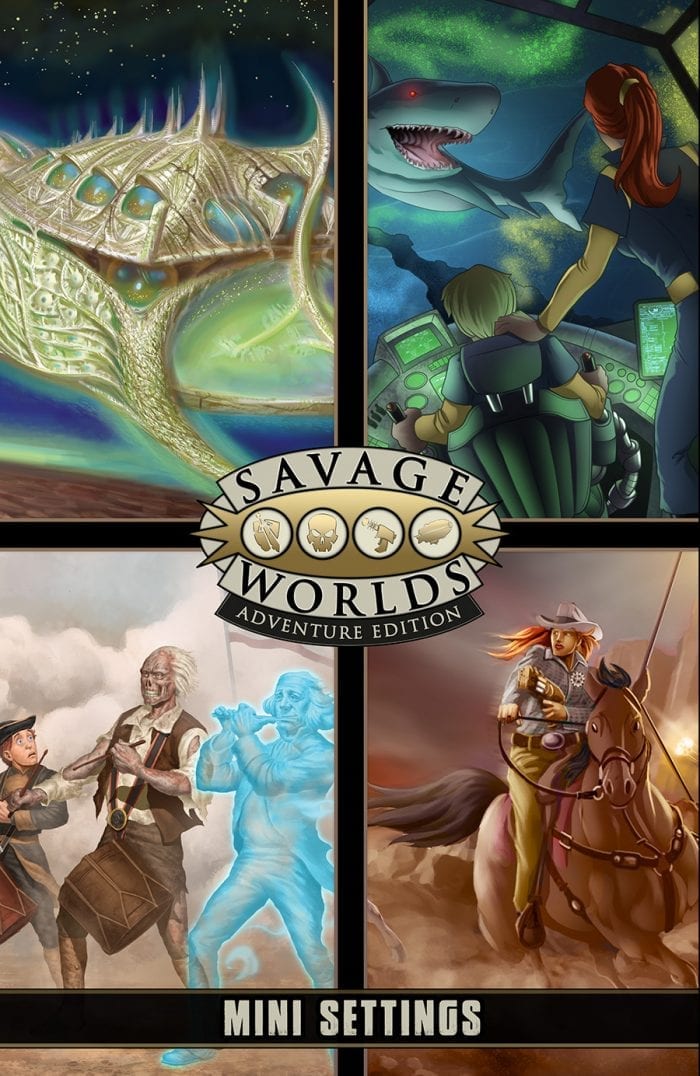 Written and © By: Matthew Cutter
The War of Independence is won…but the herculean effort to build a more perfect union has only started. This isn’t history—this is Pulp History in the post-Revolutionary Era! Nefarious Illuminati agents hatch plots in smoky Boston taprooms. Fallen gods of the Northmen stalk Ohio’s howling wilderness. Risen ghosts abound. Against them, the Sons of Liberty wield diplomacy as well as muskets, but they also dabble in Scientifick Philosophy and even magick! A handful have the blood of the old gods in their veins. So load your flintlock and gather your flats, sharps, and sundry supplies: the battle for liberty has just begun!

Abyssal
Written and © By: Shane Lacy Hensley
A family of explorers joins a United Nations expedition to explore a mysterious “Event” at the bottom of the Marianas Trench. What they find there will change the world forever. This Saturday morning cartoon-inspired setting features strange and enhanced sea creatures, insidious rival corporations, and the growing urgency of the Event itself and the inexplicable force behind it!

Written and © By: Cheyenne Wright
It’s been 11 years since America lost the Robot War and ceded everything west of the Mississippi to the automatons. Now a fresh young scientist with a government contract and a load of new experimental devices is outfitting a voluntary expeditionary force to cross the ol’ Miss and head deep into No Man’s Land.
Tesla Rangers is a high-octane action adventure pitting cowboys with lightning guns against cast-iron killer robots in a battle for the Wired West.

The Lost City of Astla

Written and © By: BJ Hensley
As Astla’s resources dwindled, the ancient “elves” fled to a massive city-ship in the stars, hoping to wait out the barbaric and destructive People who overran it. But now the Astlatians have begun to suffer from a terrible wasting disease, and the only cure may be a return to their homelands. Some urge war, some peace. As they debate, small bands return to the surface to scout, raid, and learn from those who remain in the barren wastes.