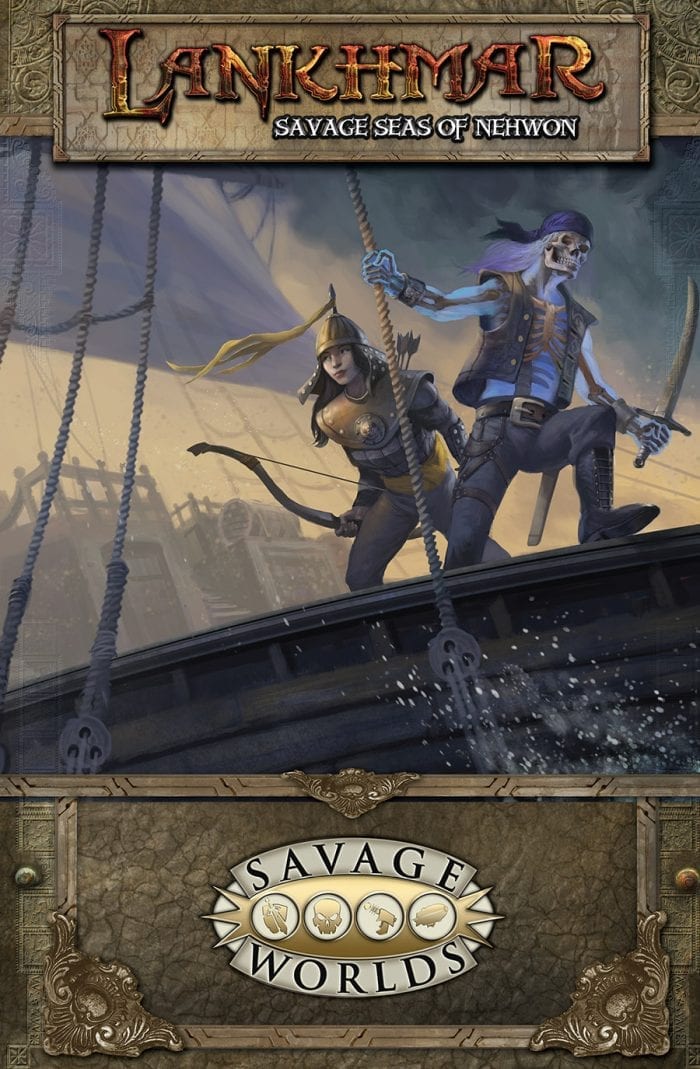 Now your party of warriors and scoundrels can expand their adventures beyond Lankhmar to the high seas of Nehwon. They might venture to the Sea of Stars to confront priests of the ancient and terrible Mokrath, or book passage to Rime Isle and fall prey to “The Thing From Below.”

The Savage Seas of Nehwon contains everything a Game Master needs to create incredible tales of high sea-based adventures for Lankhmar or ANY fantasy Savage Setting, including:

This product requires Lankhmar: City of Thieves and the Savage Worlds core rules to play.