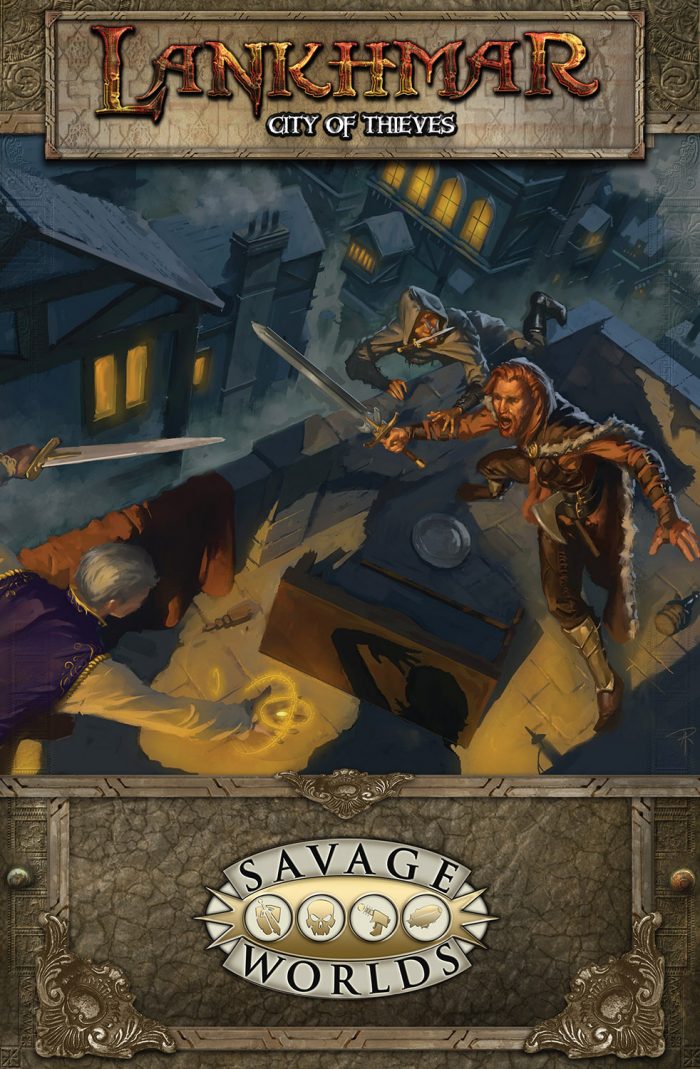 But there is action, adventure, and wealth here too–if your rogues have the skill and bravado to claim it.

Lankhmar: City of Thieves is the core setting book for Fritz Leiber’s world of swords & sorcery. It contains details on the world of Nehwon and the city of Lankhmar, Setting Rules, Savage Tales, monsters and foes, and recounts the tales of world’s most notorious scoundrels–including Fafhrd, the Gray Mouser, and their sorcerous sponsors.

This book requires the Savage Worlds core rules to play.

Be the first to review “Lankhmar: City of Thieves” Cancel reply