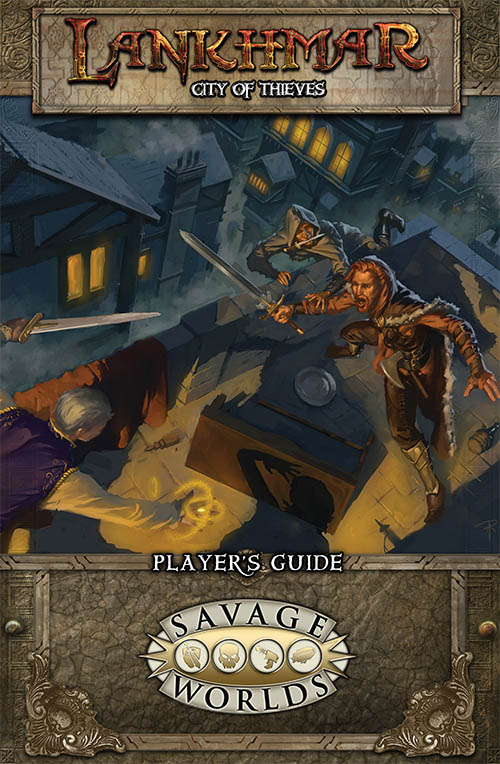 But there is action, adventure, and wealth here too–if your rogues have the skill and bravado to claim it!

Pinnacle Entertainment Group grants the Game Master a “site license” to print this document for each player in her personal game. No electronic transfer of this document is intended or implied. Lankhmar: City of Thieves Player’s Guide is for players only. The Game Master needs the complete version of Lankhmar: City of Thieves. This book requires the Savage Worlds core rules to play.