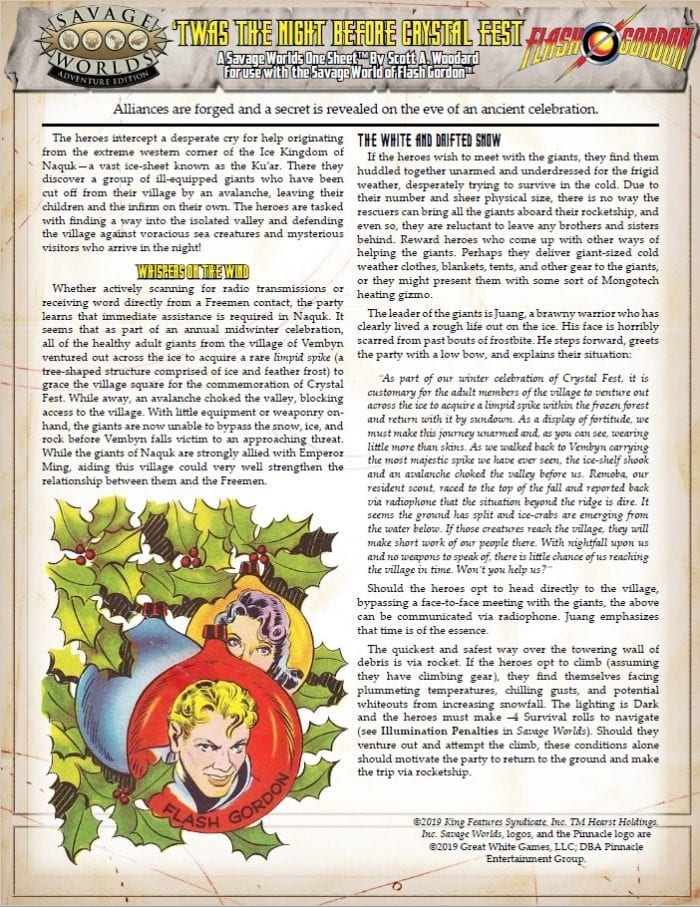 Alliances are forged and a secret is revealed on the eve of an ancient celebration!

The heroes intercept a desperate cry for help originating from the extreme western corner of the Ice Kingdom of Naquk—a vast ice-sheet known as the Ku’ar. There they discover a group of ill-equipped giants who have been cut off from their village by an avalanche, leaving their children and the infirm on their own. The heroes are tasked with finding a way into the isolated valley and defending the village against voracious sea creatures and mysterious visitors who arrive in the night!

This product requires the Flash Gordon™ RPG and Savage Worlds core rules to play. A copy of Savage Worlds Adventure Edition is optimal.

The Savage World of Flash Gordon is a setting for Savage Worlds based on Alex Raymond’s classic comic strips. It also draws from the Buster Crabbe serials, the Filmation series, and of course the fan-favorite 1980 film starring Sam J Jones (who does a foreword for our core book!)