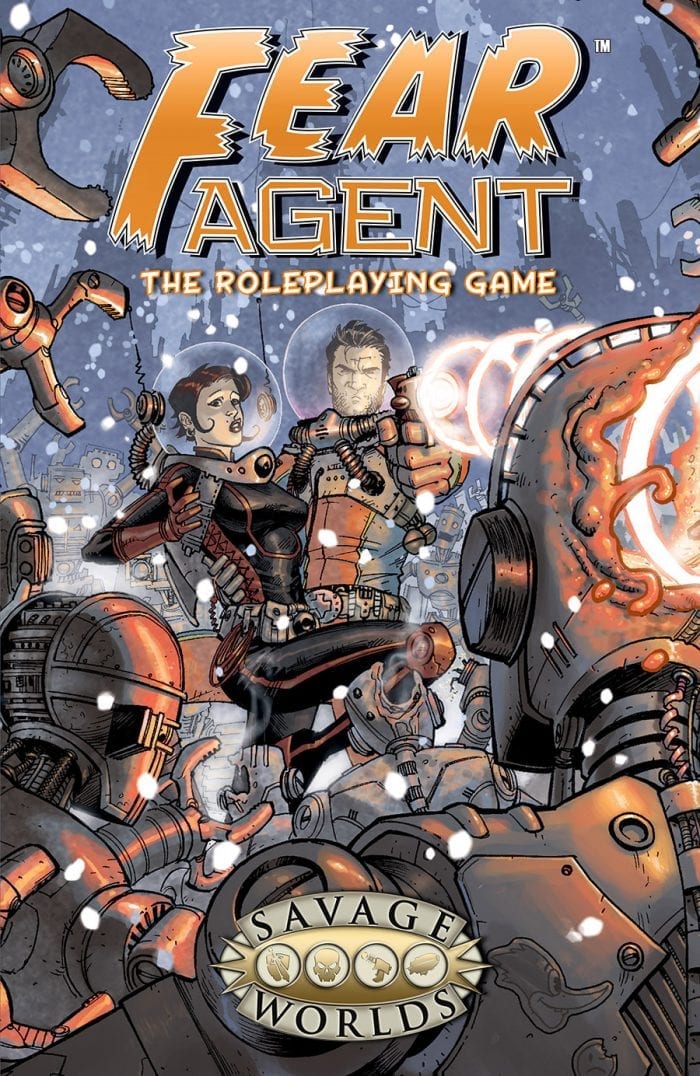 Based on the amazing comic series by Rick Remender, Tony Moore, and Jerome Opeña, the Fear Agent™ Roleplaying Game is a pulp scifi setting for Savage Worlds with more twists than an episode of the Twilight Zone!

What happens next? Well, that’s up to you, the newest recruits in what is almost certainly a suicide mission. But it will be one hell of a ride!

Inside the whopping 192 pages of the Fear Agent™ RPG, you’ll find:

Printed in our graphic novel format and available in Limited Edition hardcover, this game will take you to the terrifying edges of space and time!

This product requires the Savage Worlds core rules to play.