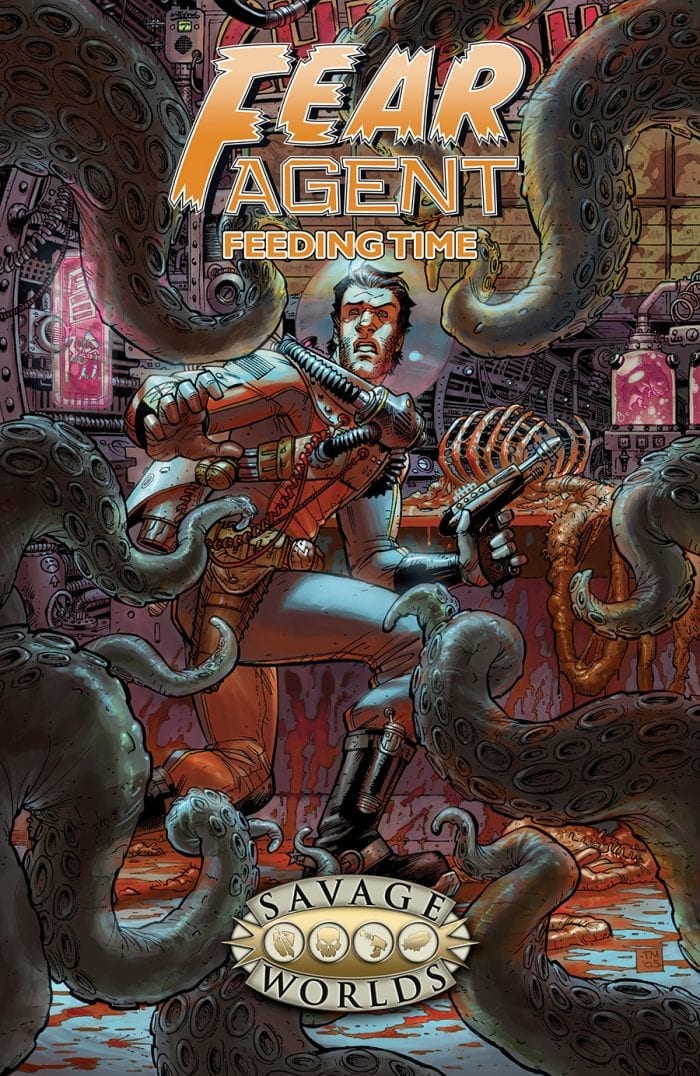 The Game Master Screen for the Fear Agnet™ RPG is a tri-fold, landscape style, hardboard GM’s screen that folds to the same dimensions as our books and comes with a complete adventure, Feeding Time!

A Shining, New Hope
The colony on Charamanta represents a new start for humanity, and it’s a much needed bright spot after the horrible losses Earth suffered at the hands of the Tetaldians, Dressites, and Zerin. Charamanta provides a waystation for your crew tens of thousands of light years from home, where they can refuel, grab a beer, and maybe even a good, old-fashioned movie from back home.
Feeding Time contains three adventures spanning the life of the colony from its earliest days as a mere foothold on the frontier of space through its growth to a thriving outpost of more than 15,000 souls. This adventure series also contains all the details on Charamanta from its humble beginnings all the way to–well, later. And if you’re familiar with Fear Agent™, you know very few stories in this universe have happy endings…

Based on the amazing comic series by Rick Remender, Tony Moore, and Jerome Opeña, the Fear Agent™  Roleplaying Game is a pulp scifi setting for Savage Worlds with dark secrets and cataclysmic twists!

In their wake is a galaxy where humans are newcomers in a world of lasers, rocket packs, and warp drives. But there’s always work for a crew willing to get their hands dirty. Take the role of a grizzled former guerrilla fighter, an eager explorer, or a warp scientist as your heroes rocket into a vast universe of untold adventures.