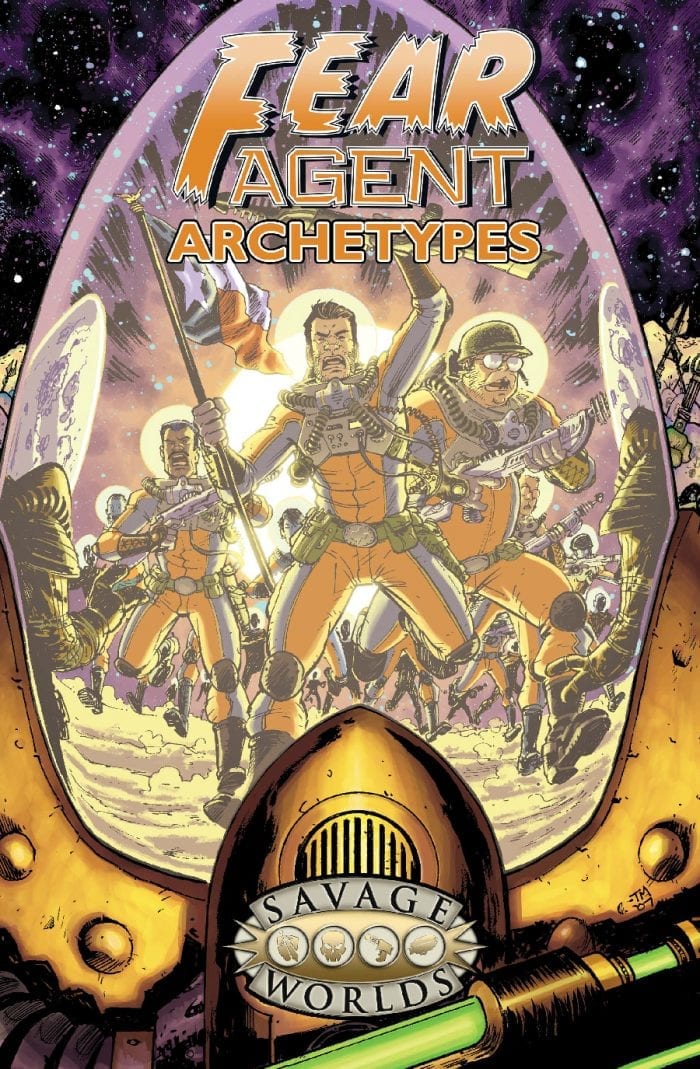 Get to the action faster using our “print and play” pregenerated Archetype characters!

These ready-to-play archetypes for the Fear Agent™ RPG include:

Based on the amazing comic series by Rick Remender, Tony Moore, and Jerome Opeña, the Fear Agent™  Roleplaying Game is a pulp scifi setting for Savage Worlds with dark secrets and cataclysmic twists!

In their wake is a galaxy where humans are newcomers in a world of lasers, rocket packs, and warp drives. But there’s always work for a crew willing to get their hands dirty. Take the role of a grizzled former guerrilla fighter, an eager explorer, or a warp scientist as your heroes rocket into a vast universe of untold adventures.