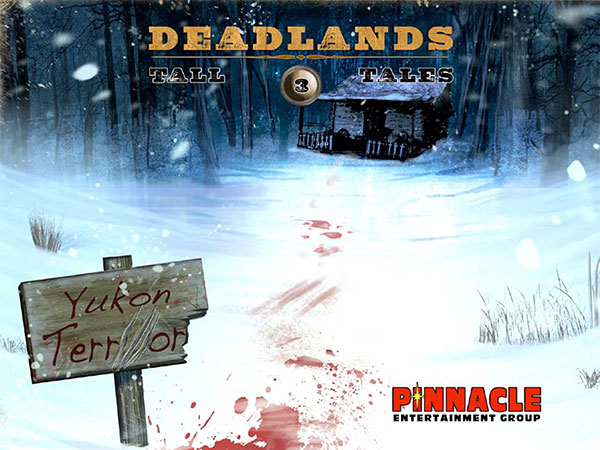 Yukon Terror is a story roleplaying game set in Deadlands: The Weird West™. A group of strangers have taken shelter in an Alaskan cabin on the edge of civilization. Outside, cold winds slam against the shelter while those inside must figure out who can be trusted…

The northern frontier is home to more than just cold and ice. Unique beasts and abominations have made their home in the frozen north, some hiding for centuries, aided by the natural camouflage of the tundra and wilderness. Some in fact, may have taken the form of travelers and strangers coming in from the cold…

How long can the storm continue? Can anything survive it? Can the group endure the storm and each other? When the storm finally breaks and the sun shines on the cabin, who will be left alive? Who among them is not what they seem?

The heroes who must survive the wild are lightning-fast gunfighters, card-slinging hucksters, mad scientists, or even common townsfolk. But they’d best be quick—their fate is in their hands.