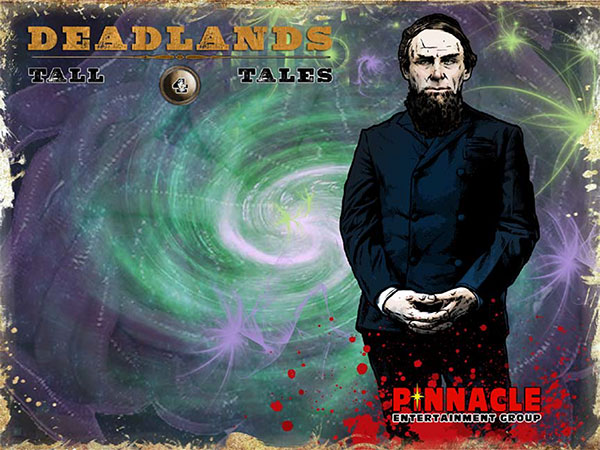 Trail of Darkness is a story roleplaying game set in Deadlands: The Weird West™. A group of men and women have recently lost their friend Caleb at the hands of a black magician and cult leader. Defying the odds and any sense of self-preservation, the group has sworn to avenge their fallen friend. Only problem is, they don’t know who the magician is or where he’s gone.

Travelling over hundreds of miles of open terrain, hunting down every clue imaginable, the group has finally secured one solid piece of information about the killer. He is now living in the small settlement of Bell Creek, on the edge of the silver mines in Northern Nevada. Apparently, he’s disguised himself as a holy man there and is living among normal folk, along with key members of his cult.

But how long will he stay there before moving on to his next con? Can the heroes track him down and exact justice? Or will it be cold hard vengeance?
The heroes who must survive the wild are lightning-fast gunfighters, card-slinging hucksters, mad scientists, or even common townsfolk. But they’d best be quick—their fate is in their hands.