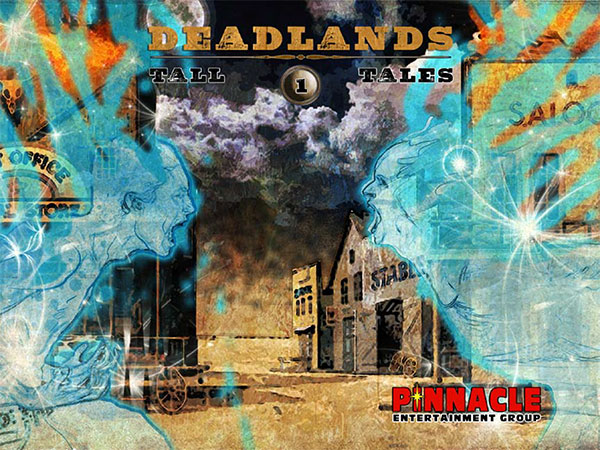 Broken Hearts is a story roleplaying game set in Deadlands: The Weird West™. Two star-crossed spirits have started to haunt the town of Briar Gulch and it’s only a matter of time before they tear the town — and perhaps everyone in it — apart.

The spirits have brought a storm down upon Briar Gulch that threatens to level it. Every night the winds grow stronger and the town’s structures grow weaker. Signs are ripped off buildings, tombstones fall in Boot Hill, and grown men can barely walk down the tempest-tossed streets.

Where did these spirits come from? Do they have something to do with a pair of lovers who died there a year ago? Can they be laid to rest before the town is destroyed by their vengeful force?

The heroes who must survive the spirits’ rage are lightning-fast gunfighters, card-slinging hucksters, mad scientists, or even common townsfolk. And they’d best be quick—this storm threatens to break bones as well as hearts.