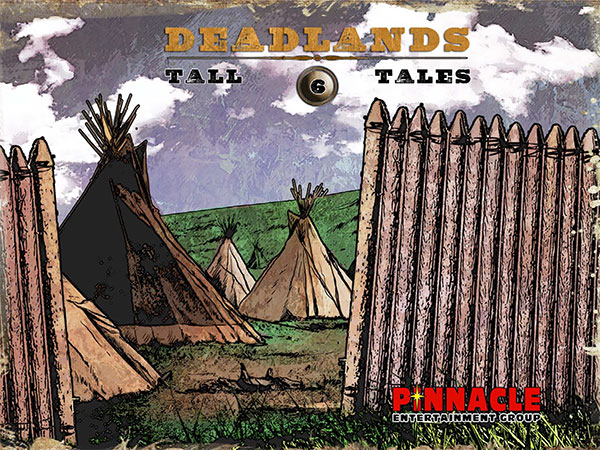 Among the Brave is a story roleplaying game set in Deadlands: The Weird West™. But something isn’t right here. Something doesn’t add up. This time, the residents of  a small tribe near the Coyote Confederation have just vanished. After weeks of nonstop chanting, the village has gone silent and all that remains are the tents and tipis. Locals from the town of  Brisco refuse to go near the place.

Among the Brave plays differently from any of the previous Tall Tales. For starters, the players only have some of the information available at the onset. Secondly, there are a number of vignette breaks to answer questions about what is going on. Thirdly, there are new rules for resolving conflict, a Spirit World vignette, and a new ending chart with a lot more doom.

Get ready for the strangest, darkest Tall Tale ever.

The heroes who must survive the wild are lightning-fast gunfighters, card-slinging hucksters, mad scientists, or even common townsfolk.

But they’d best be quick—their fate is in their hands.

Be the first to review “Deadlands Tall Tales: Among the Brave (PDF)” Cancel reply