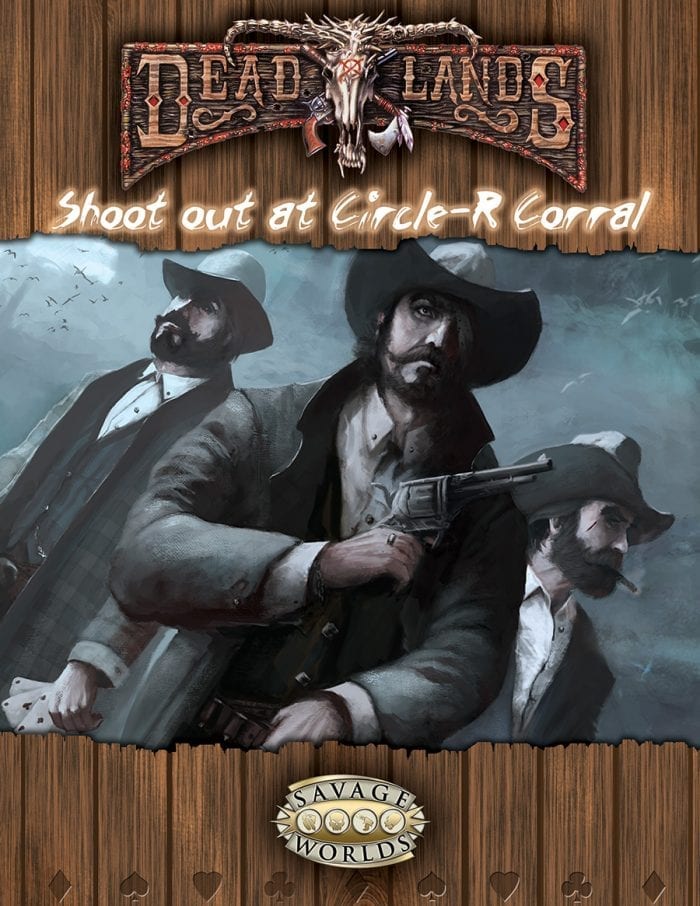 Deadlands: Shootout at the Circle-R Corral

Deadlands: Shootout at the Circle-K Corral by John Goff is an adventure for Deadlands.

The Iron Men plague Kempe County’s financial establishments. This gang of bank robbers relies on an array of gizmos and weird science creations to give them a decided edge over any small-town law dogs that might oppose them. Time to call in a posse, amigo!

Although this adventure is set in “Kempe County,” moving it elsewhere is as simple as changing the place names.

This adventure is recommended for characters of Seasoned Rank or higher, and requires the Savage Worlds core rules and Deadlands Player’s Guide and Marshal’s Handbook to play.

Shootout at the Circle-R Corral originally published in the Savage Worlds Volume 1, Explorer Issue 2. For a Print+PDF copy, go here.