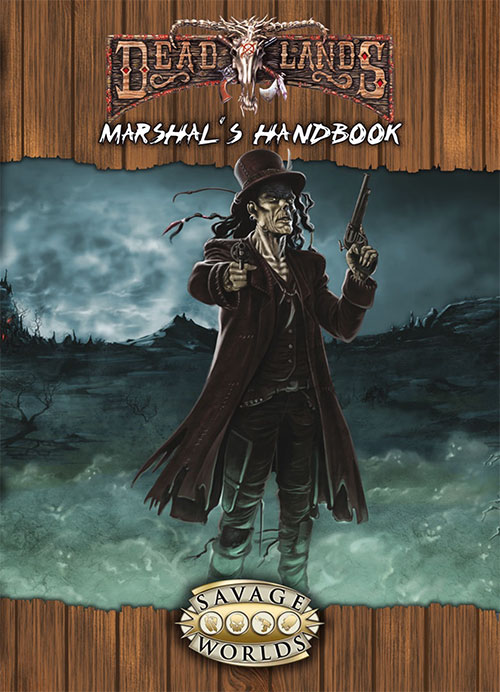 This product is out of print. Pinnacle is currently in the process of updating it with the Savage Worlds core rules new edition. Stay tuned for the release of the next edition of Savage Worlds and Deadlands by signing up for our newsletter!

There’s Hell on the High Plains, amigo! The Tombstone Epitaph has always been filled with lurid tales of daring desperadoes and deadly drifters, but lately the West’s most-read tabloid claims there’s something more sinister stalking the frontier’s lonely plains: Monsters. Fortunately, where there are monsters, there are heroes. Squint-eyed gunfighters, card-chucking hexslingers, savage braves, and righteous padres have all answered the call. And if they fight hard enough, they might just discover the identity of the mysterious Reckoners some say are behind it all.

The Marshal’s Handbook is the setting book for Deadlands Reloaded. It includes expanded Setting Rules for the Marshal’s eyes only, the lowdown on all the strange locales of the Weird West, more creepy critters than you can throw a tomahawk at, and everything a Marshal needs to keep the Reckoning rolling.