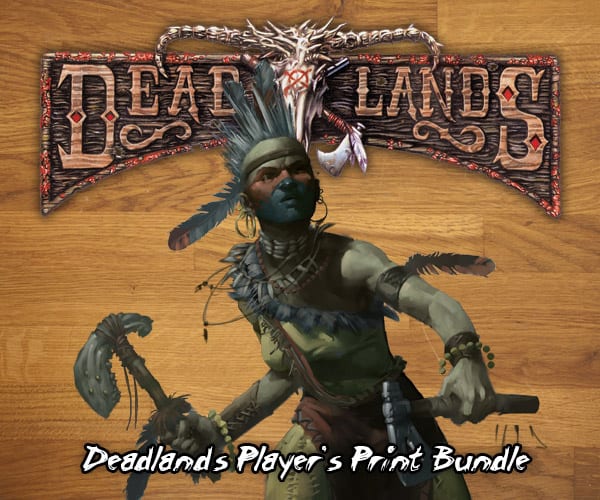 This bundle is designed for the player to get everything he needs to enjoy playing Deadlands!

Pinnacle’s flagship product is Deadlands, a horrific journey into the “Weird West.” Mysterious beings called the Reckoners have given life to monsters and magic, causing history to divert from July 4th, 1863 forward. The South has won its independence, California has shattered into a labyrinth of flooded sea-canyons, and a mysterious super-fuel called “ghost rock” has spawned as much war and strife as it has “steampunk” devices.