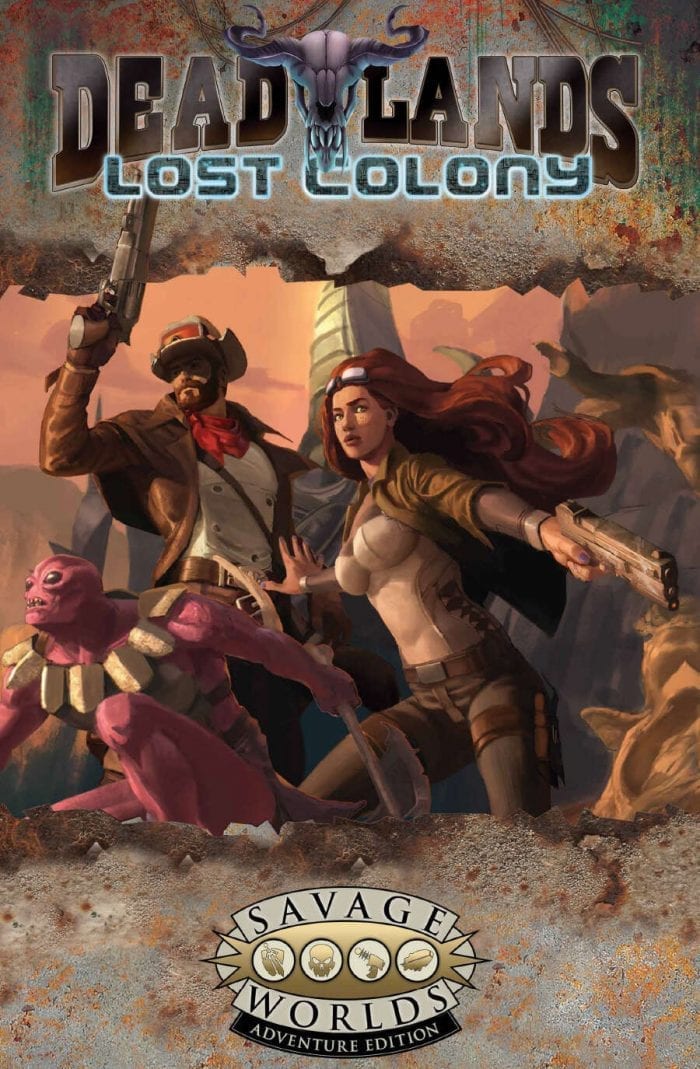 The story of Deadlands continues.

The Last War on Earth destroyed the “Tunnel,” the galactic wormhole between home and the colonists of the Faraway System.

Now they’re trapped in the mining colonies of deep space or the lone inhabitable and often hostile planet of Banshee. Ancient and evil creatures called the Skinnies see their chance to strike, rallying Banshee’s native anouks to wipe out the invaders.

The only ship capable of traveling between systems, Hellstromme Industries’ Unity, has returned. And with its cargo comes a final Reckoning.