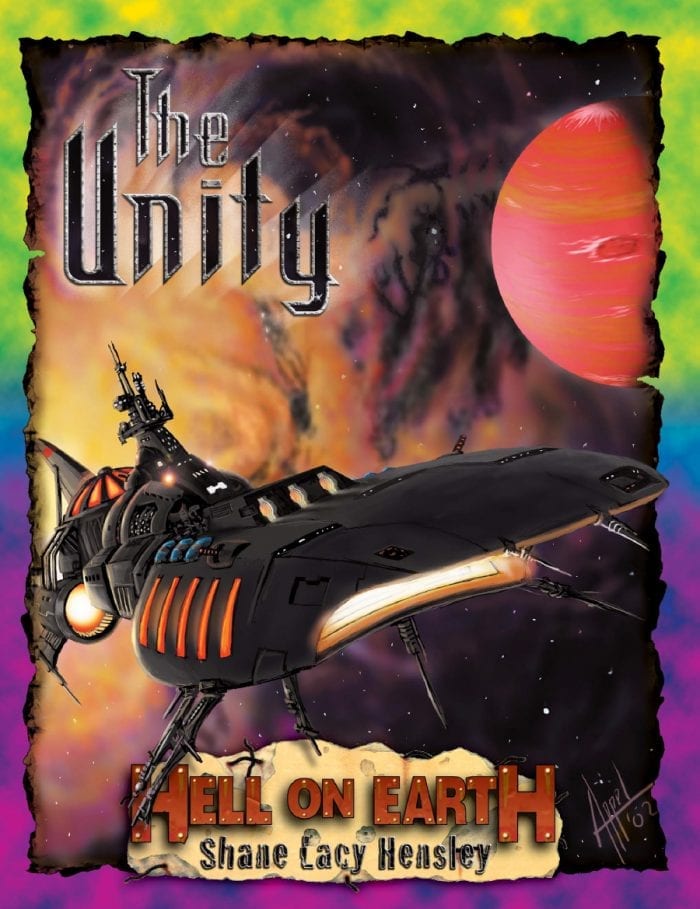 You’re about to see the end of the beginning, and the beginning of two whole new tales—one in the Wasted West, and another on the windswept plains of an alien planet called Banshee.

Don’t let the title of this adventure fool you, Marshal. Sure, it’s about the Unity, but there’s nothing harmonious about this ghost ship, friend. In fact, this bloodstained vessel is about as evil as they come. And you’re going to hurl your posse smack into its gore-spattered hulk.

But we’re getting ahead of ourselves. Before your posse hurls themselves into the void, they have such sights to see—the Combine’s Harvest, the strength of the Iron Alliance, the secret of the Harbinger, the coming of a new terror, the crippling of old enemies, the secret of the great worms, the whereabouts of Doctor Darius Hellstromme, the sundering of the Hunting Grounds, and the return of the greatest evil the world has ever known as well.

Those who survive this nightmare just might get a glimpse of the alien world known as Banshee. This epic mega-adventure for Hell on Earth concludes the main storyline we’ve been developing since 1998. It includes rules for Quick Combat, source material on the new armies of the wasteland, the aftermath of the Harvest, and a brief glimpse of the third and final Deadlands tale—Lost Colony!