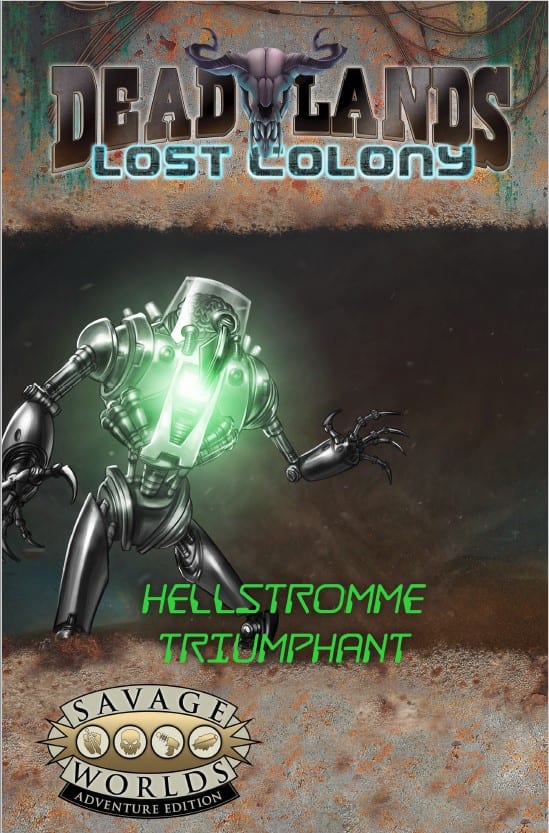 Vanessa Hellstromme, daughter of infamous Dr. Darius Hellstromme, runs what’s left of the megacorp in the Faraway System. But all is not as it seems. Is there any truth to the rumors that Vanessa is actually a clone of the doctor’s long dead wife…who died centuries ago? Find out in the the story “To Hell and Back,” by Deadlands creator Shane Hensley!

This PDF also includes a slightly revised and updated “Out of the Frying Pan,” a tale of Dr. Hellstromme’s first trip into the Abyss to recover his dead wife’s soul, that first appeared in “The Anthology with No Name” by John R. Hopler.

Mature Reader Warning: These tales deal with some adult themes that may bother some readers, including the consequences of suicide in the fictional Christian / Eurocentric setting of Deadlands. They are not intended to endorse, express, or otherwise comment on such terrible tragedies.