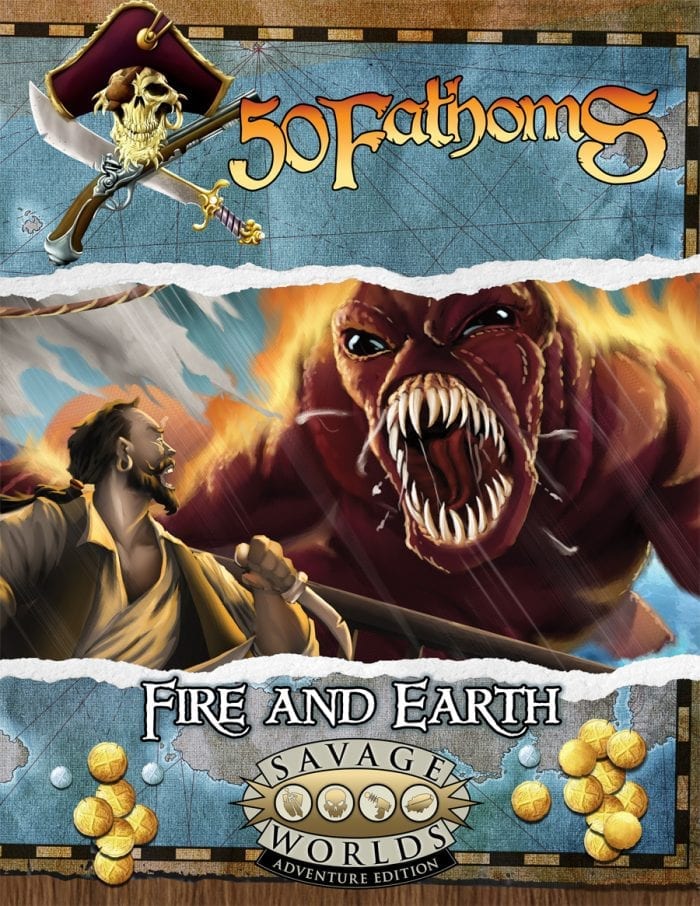 The Doreen were the victims of the cruel Kehana during “The Long Swim.” Now the Kehana Flumes is beset by catastrophe and the violent Fishmen are on a swim of their own. They flood the streets of Marsales and threaten war across the city. Who is behind the fiery disaster and their desperate exodus? The fate of the Doreen, Kehana, and perhaps all Caribdus depend on the answer!

Fire & Earth is a three part Plot Point Campaign that may be run within the normal 50 Fathoms saga, or afterwards to extend your crew’s sea-faring adventures! It requires the Savage Worlds core rules, 50 Fathoms Setting Book, and free 50 Fathoms Update to play.

The threats of Fire & Earth are best suited for Veteran crews. Even without the menace of the Sea Hags these are dangerous waters, and a green crew is likely to find themselves sleeping in Davey Jones’ locker. You’ve been warned, matey!