FLASH Us Your Smile and WIN!

In recognition of the Origins Award nomination of The Savage World of Flash Gordon™ Limited Edition Collectors Box Set as Best Roleplaying Game of 2018, we’re having a sale AND a shining contest worthy of Flash himself!

Right now, if you purchase the Flash Gordon™ Roleplaying Game core rulebook (print or PDF) from now through next Monday, June 17 (the day after the Origins Game Fair comes to a close), you’ll get PDFs of all the fun extras (the original unlocked Kickstarter stretch goals) including the Map of Mongo, a set of nine Ready to Play Pre-Generated Archetype Characters, two Propaganda Flyers, four gorgeous Bookmarks, a Combat Chart, and six Cliffhanger Cards! 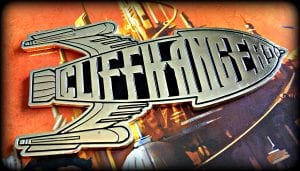 Plus, from now through the end of this sale (June 17) “FLASH” us your best smile and snap a pic with whatever product you’ve got that shows a Flash Gordon™ cover–Box Set, core rulebook, Kingdoms of Mongo sourcebook, Action Decks, GM screen, etc. Post it to social media (Twitter or Facebook) and tag it #FlashaSmile. We’ll review ALL the entries, pick our TOP FIVE, and post them in next week’s PEG news. Winners will get a shiny, new brass Cliffhanger token!*

And lastly, if you’re going to be attending the Origins Game Fair this weekend, be sure to visit the Origins Awards Area at Booth 1166 to cast your vote for The Savage World of Flash Gordon™ Limited Edition Collectors Box Set. Voting ends at 12pm on Saturday, June 15.

* Please note that by entering your photo, you understand and agree that Pinnacle Entertainment Group shall have the right, where permitted by law, to print, publish, broadcast, distribute, and use in any media now known or hereafter developed, in perpetuity on both Earth and the planet Mongo, without limitation, your entry, name, portrait, picture, likeness, image, for news, publicity, information, trade, advertising, public relations, and promotional purposes, without any further compensation, notice, review, or consent.