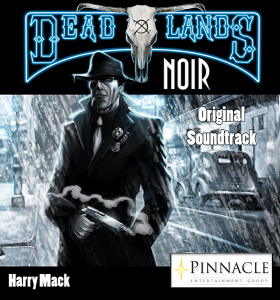 Noir is all about capturing the feel, the mood, of a darker version of a bygone era. And there’s nothing like music to set a mood. Give your Deadlands Noir game a feeling you can’t get any other way—set the tone with the Deadlands Noir Original Soundtrack.

This download contains nine original MP3 tracks by Harry Mack. That’s a full hour of music made specifically for your Deadlands Noir game that you just won’t find anywhere else.

Quit sittin’ around listening to your walls, and bring the sounds of drama into your game today with the Deadlands Noir Original Soundtrack.

Time doesn’t stand still, even in the past. We’ve made a few corrections to the PDFs of some of our recent releases which are ready for you to download.

If you bought your PDF from the Pinnacle PDF Store or the Studio 2 Publishing web store, feel free to download an updated copy whenever you like. RPGNow and DriveThruRPG purchasers should receive an e-mail with the correct download link. 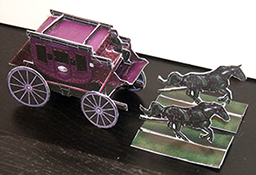 In the dark of the night, the thundering of unearthly hooves bears down on you once again. Draw your weapon, stand your ground, and hope that someone up there is looking out for you, amigo. Hope hard.

Jordan Peacock’s fabulous Black Coach paper model triumphantly returns after a brief hiatus from our free Deadlands: Reloaded downloads. While it may travel many roads through your Deadlands: Reloaded games, it’s perfect for the Devil’s Night free adventure!

It’s not just back, though—it’s been improved! The PDF now includes both a standard 25mm scale version of the paper model as well as a “heroic” 32mm scale version. Who knew terror came in sizes?

While you’re at it, be sure to check out all our free downloads for more paper models, adventures, character sheets, sample characters, and a host of other freebies!

Achtung! Cthulhu to Arise from Kickstarter as a Full-Fledged Setting 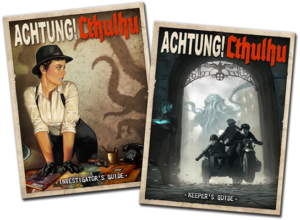 Modiphius Entertainment first brought you Achtung! Cthulhu, its dark vision of a secret World War Two, in two adventures—Three Kings and Heroes of the Sea.

The Keeper’s Guide and the Investigator’s Guide (slated for 248 and 128 pages, respectively) were fully funded in 26 hours! The Savage Worlds setting (fully compatible with Realms of Cthulhu) with bonus materials has been funded, and hardback versions of the books are close to being funded now.

Stretch goals will reveal the danger, terror, and insanity on the shores of Europe, across the steppes of Russia, in the sands of North Africa, down the streets of America, and deep in the jungles of Asia. Setting briefings include information on the era, both historic and fictional, to flesh out your games. The books also highlight the real heroes who fought and died with a short section on the World War Two memorials and museums you can visit across the battlefields of Europe to learn more about this period.

Bring the darkness of World War Two to your gaming table, and support the Achtung! Cthulhu Kickstarter today! 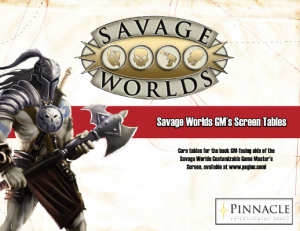 Don’t worry about forgetting anything important this February—commercials won’t let you miss Valentine’s Day, the weather won’t let you leave winter, and we’ve got your Savage Worlds games covered!

Are you always forgetting all those little things you need to know as a GM? Be sure to get a copy of our new Core Savage Worlds Rules Inserts for the Customizable GM’s Screen! These inserts have been updated to be fully compatible with the Savage Worlds Deluxe rules and include most everything you’d need on your side of the six-panel, landscape Customizable GM’s Screen. 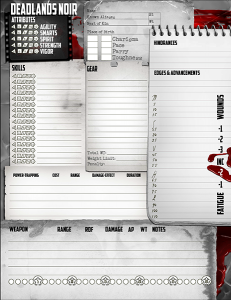 Players, are you worried that the Great Depression-inspired malaise will have you forgetting yourself entirely? We have just the cure for that, too!

The  Deadlands Noir Character Sheet has been updated to be form-fillable and savable by anyone with a copy of Reader. Jot yourself down and save everything there is about you for the next time without worry of losing yourself in the process!

And don’t forget all the other great freebies available through our Downloads page! 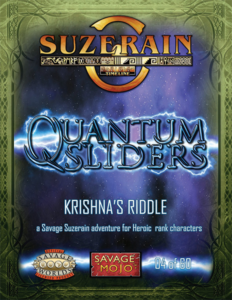 Savage Mojo brings you Krishna’s Riddle, the fourth installment of their Quantum Sliders series—it’s a riddle wrapped in a mystery inside an adventure!

The great god Krishna is at it again! He once set a riddle to a mortal, and now has to go back and see if her descendant has the answer. If so, he will grant her wonders beyond earthly power. Unfortunately, he’s forgotten the riddle.

Krishna’s Riddle is an adventure geared to Heroic rank characters and is part of Savage Mojo’s Quantum Sliders series, where every adventure takes you to a new time and place in the Maelstrom. 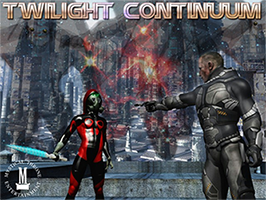 Mystical Throne Entertainment has launched the Twilight Continuum Kickstarter campaign! This is your chance to help bring Vanguard, the first book in a near-future space opera series for Savage Worlds, to reality.

Become one of the handful of heroes destined to save our planet and change the universe. Enter the Twilight Continuum. 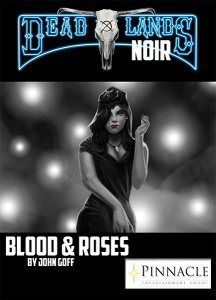 The newest Deadlands Noir Dime Novel—Blood & Roses—is now available from the Pinnacle PDF Store. This little tale from John Goff will have you asking if sin is in our blood, if anything is ever as simple as it could be, and how often the only barrier between good and evil, between right and wrong, is a thin layer of fabric.

Tenement Men, the first Dime Novel for Deadlands Noir, is also now available from the Pinnacle PDF Store. Both Dime Novels come in .pdf, .epub, and .mobi formats to cover all your e-book needs, and all just in time for Valentine’s Day massa—uh…gift-giving!

For a taste of the Deadlands Noir world of fiction, be sure to listen to our four-part illustrated audiodrama  Hardboiled in the Big Easy on YouTube! 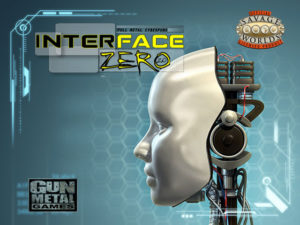 The Interface Zero 2.0 Kickstarter from Gunmetal Games has clearly tapped into a neuron or two out there. Their plan to update, expand, and improve their sci-fi/cyberpunk setting for Savage Worlds is 400% funded with over three weeks to go!

For full details on what’s new and the stretch goals to come (including the whole solar system, mind you), be sure to check out the Interface Zero 2.0 Kickstarter today.

Hero Labs Steps into the Darkness of Savage Worlds 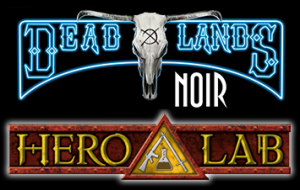 Hero Lab dares to go into the darker recesses of Savage Worlds, adding free support for both the new Deadlands Noir as well as Tour of Darkness! Whether you’re wanting to step into the murky jungles of Louisiana or Vietnam, Hero Lab is ready to help your character take that journey.

Check out Hero Lab for Savage Worlds today! After all, it’s best not to walk into such dangerous places alone…