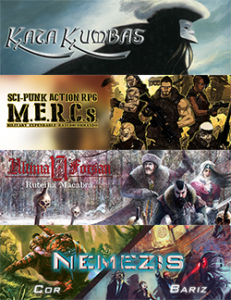 The Italians love Nemezis by GRAmel so much that GG Studio asked three Italian authors (Giancarlo Borracci, Andrea Tupac Mollica and Matteo Poropat) to create new campaigns for the setting for their audience. Watch for those, too!

The Italian community of Savage Worlds players is growing month by month, and we’re always happy to see the game take off in other languages. 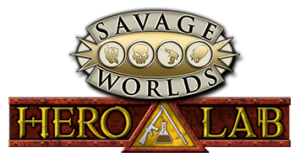 Travel beyond earth and explore new planets with the latest Savage Worlds supplement in Hero Lab—the Sci-Fi Companion. This new add-on introduces new races and gear—including cyberware!—as well as Edges and Hindrances necessary to create space-dwelling characters. It even includes support to create your own robots, starships, and space vehicles—even a destroyer worthy of an imperial army. 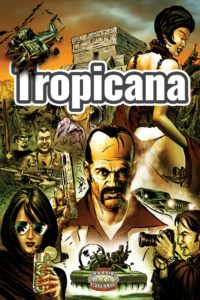 Once upon a time in the Caribbean…

Walk the narrow border between law and something else in Tropicana. Be a detective or spy, gambler or mercenary, exotic dancer or celebrity in need, trafficker or thug, surfer or tourist, student or activist. Whether your find it on your own or are hired into it, trouble in San José is always big, complicated, and twisted.

And after any adventure, they like to have boat drinks and smoke cigars together by the poolside.

Tropicana is a game from Savage Worlds licensee GRAmel of action heroes, special agents, and troubleshooters in San José, a rogue state consisting of a tropical metropolis, its wild jungle hinterland, and a small archipelago of paradise islands.

Fight criminals, investigate ancient mysteries, solve cases, and seduce the most beautiful men and women—grab your gun and a mojito and join us in Tropicana! 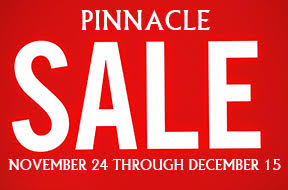 As most of you know, Pinnacle VERY rarely has sales, but it’s time to clear some space for all the new stuff coming in 2016 and that means great deals for YOU!

Remember, this sale started at noon Eastern, November 24—but we figure the holidays don’t end anytime soon, so why should we? We’ll run this HUGE sale through December 15th at midnight Pacific. That gives you plenty of time to pick up presents for all the gamers on your list…starting with yourself!

* For example, if you take something off your order, you might slip under $50 and not be eligible for the free promo cards any more.

Keeping up with the latest Savage Worlds news is as easy as knowing everything that’s gone on the internet in the last week or so.

Hey, come to think of it, that doesn’t sound so easy. Let me give you a hand with that.

Sean Patrick Fannon was interviewed about the upcoming Savage Worlds Rifts release on d20 radio. If you’re without headphones, don’t worry—it’s a text-based interview. (You know, like semaphore, but without the flags.)

Simon Lucas discussed Rippers Resurrected with Geeks A Gogo. In a coup for audiophobes, this is also a text-based interview, so you can read it quietly at work without anyone knowing.

The Wild Die podcast proudly present their first episode, in which they begin a journey of Savage Worlds discussions. For those of you who want to catch up while you’re driving (and not be a danger to everyone else), this piece of audio is for you!

The Partisan Passenger Available from DramaScape 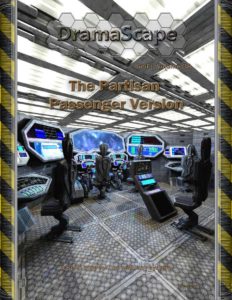 The Partisan Passenger is a 48″ x 30″ floor plan for a spaceship ideal for adventures in The Last Parsec or any other science fiction setting. The layout can be used as a pure passenger transport, a science vessel, an exploration ship, or a just a visiting runabout.

Not only do you get the multi-layer PDF with a variety of grid overlays (or none at all), you also get the full virtual tabletop images for use in online play!

Take a trip to adventure in the stars on the Partisan Passenger today! 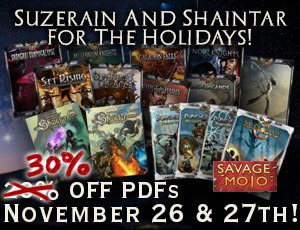 The Savage Mojo Black Friday Thanksgiving sale starts at midnight Friday morning (well, 12:01) and runs for 48 hours. You can get their entire line of digital products for 30% off through the Savage Mojo Store. Just use the discount code Turkey15 at checkout and feast on the savings!

Our French and Grieving Friends

One thing that we tend to take for granted any more is just how widespread and diverse the Savage Worlds community has become. As last week’s bad news came in from across the globe, we were reminded tragedy anywhere in the world will likely affect, directly or indirectly, many of you we think of as colleagues, friends, and even sometimes as family.

From what we’ve seen and heard so far, the Savage Worlds community has been spared the worst and most direct consequences of last week’s perils. Our French licensee, Black Book Editions, has checked in unharmed. Global members of our forums have not fallen mysteriously silent.

Consider those whose stories have turned out differently, many of which came to an abrupt and unexpected end. Let’s be quick to kindness, because we simply do not know who is suffering among us.

Our thoughts and prayers remain with all of those touched by last week’s terrorism and natural disasters.

Lord of the Underworld Released for Rippers Resurrected 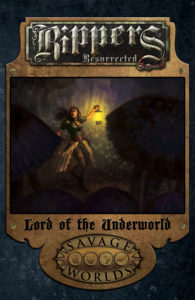 A famous explorer is found murdered by Cabal assassins. It’s up to you to follow in his footsteps…deep into the terrifying and labyrinthine Underworld. Struggle in the lightless deep against the Cabal and a greater terror than the world has ever known!

You can buy the Lord of the Underworld PDF right now or preorder the printed copy, which is packaged with the Rippers Resurrected GM Screen. Either way, this adventure will take you deep (very literally) into the world of the Rippers, the Victorian era’s finest hunters of monsters!

If you’re anything like my sister, you’re deep in the midst of planning your Black Friday shopping for the day after Thanksgiving.* We want you as informed as you can be, so here’s the low-down on our own Black Friday Blowout!

Starting at noon Eastern, November 24, we’ll be running a huge sale through the Pinnacle Web Store! Our festively low prices will last until November 30 at midnight Pacific.**

What’s going to be on sale? Well, full details won’t be available until next week. We’ve got to give you something to look forward to, you know. Discounts will range from 10% to 50% to even more! Whole lines will be available cheap, and the sale will apply to print and PDF alike!***

What won’t be on sale? Well, in the interest of full disclosure, individual copies of Savage Worlds Deluxe: Explorer’s Edition and preorders definitely won’t be on sale. So if that’s what you’re looking for, there’s no reason to wait.

Watch here for more information next Tuesday, and be sure to come on back after Thanksgiving and get the big discounts while you can!

* You also shouldn’t be trusted with knives, either, but you’re probably not that much like my sister…

** Well, mostly. Some of our sale prices will continue, but you’ll just have to wait and see which ones those might be. Are you feelin’ lucky?

*** Especially for all of you who might otherwise be facing international shipping fees—e-books have a remarkably low mailing cost!