If you’re looking to create your own setting, go to Licensing. If you’re interested in working on our products, or have already been contracted by us and want some more information on our style, download our Style Guide. 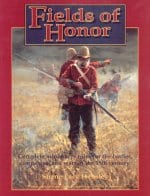 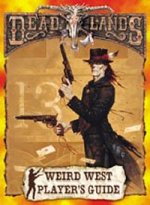 Pinnacle began in 1994 with Fields of Honor (a historical miniatures game) and The Last Crusade (a collectible World War 2 card game designed by John R. Hopler).

Certainly what we’re best known for is Deadlands, which has now been going strong since 1996.

Pinnacle’s staff is spread out all over the world, from the hills of North Carolina to the deserts of Arizona and across the sea to Poland.

Studio2, our warehouse and fulfillment partners, are located in Knoxville, TN. They’re not part of our company, but have been our friends and associates for many years.

She is married to Pinnacle Entertainment Group’s Savage Worlds Core Rules Brand Manager, Clint Black. Together they own and operate Carolina Game Tables, making Game Tables for Real Life. You can usually find them at a convention to show off tables, but they’re always happy to talk about Savage Worlds and Pinnacle’s plans! Originally introduced to roleplaying games thanks to a gifted copy of the Holmes’ blue box edition of Dungeons & Dragons, Scott hasn’t looked back since, believing that RPGs are the “pinnacle” of the tabletop gaming experience!

Career-wise, Scott has worn a number of oddly-shaped hats over the years ranging from practical special effects fabricator and puppeteer for the film industry to TV and radio promo producer, voice actor, author, playwright, and yes, game designer. He is one of only five Americans to have written officially licensed Doctor Who in the form of three audio adventures for Big Finish Productions, he won several awards for his on-air marketing work for the Kids’ WB TV network, and his latest non-fiction book, Cinema and Sorcery, is a massive guide to sword-and-sorcery films from the silent era up to the present day.

Scott’s first project for Pinnacle was proofreading a few chapters of Deadlands Hell on Earth: Reloaded which then led to his editing Deadlands Noir and eventually writing duties on The Sixth Gun and Flash Gordon. Christine Lapp is a lover of dogs, beer, unicorns, and everything table top games! She also enjoys travelling to places that require hiking up hill and mountain trails to see the sites. When not traveling and playing games, she is helping her husband take over the world at Pine Box Entertainment! (She is the Pinky to his Brain.) If you ever see her at a convention or tournament, stop and say hi! She would love to get a game in ;) ! 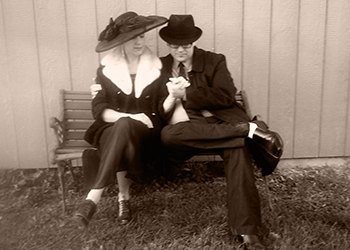 Sara & Brendan Quinn started a little design/development firm called Squid&Crow a few years ago, and now they handle most web-related stuff for Pinnacle.

Brendan went to school for math and cartooning, and worked for a bunch of people (including Ford and Glen Eytchison— the dude who painted Viggo for Ghostbusters) before striking out on his own. He is the brain behind the Savage Worlds Toolset and is one of the 12 to Midnight guys.

Sara went to art school and graduated with degrees in psychology and sociology. She does painty, crafty things when she’s not making websites or geeking out with Brendan. They both spend way too much time playing games, reading comics, and generally participating in adolescent (or even childish) behavior. 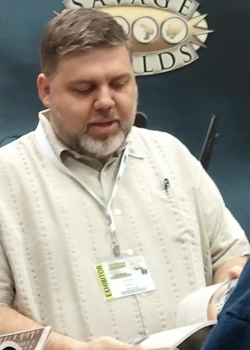 Clint Black started as a freelance writer with Pinnacle over ten years ago, but his activity grew significantly with the advent of Savage Worlds. Clint transitioned from a playtester on the original design team to the creator of one of the first settings (Necessary Evil) to one of the contributors to the core rules with the Explorer’s Edition. Along the way, he worked on multiple Savage Worlds projects and has served as Pinnacle’s forum administrator and the Rules Answer Man for years. Clint would also like to add that it’s “his job to know when Shane isn’t following the rules, but not say anything.” ;)

You can email Clint at PEGClint@gmail.com. Ron’s been a gamer since 1984 and with his wife, Veronica, is proudly raising two more gamers (Cat and R2) for the next generation. He first delved into the game industry as a podcaster, beginning with The Game’s the Thing in 2006, and with his wife he co-created the original Savage Worlds podcast, Smiling Jack’s Bar & Grill. In 2008, Ron began editing and contributing to RPGs and has freelanced for several Savage Worlds licensees, as well as for Pinnacle.

You can email Ron at PEGRonBlessing@gmail.com. 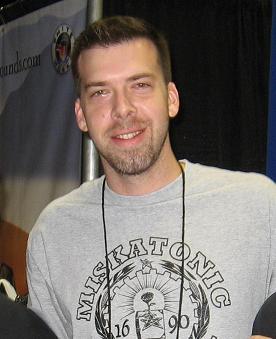 Matt has penned several award-winning game supplements for Deadlands: The Weird West, and published in MAGNET Magazine. He wrote Pinnacle’s licensed adaptation of Eric Powell’s Eisner Award-winning The Goon™, contributed a Plot Point Campaign book for The Last Parsec: Eris Beta-V,  and his short story “A Lonesome Place to Die” appears in The Cackler graphic novel for Deadlands. Matt’s authorized biography of Robert Pollard and Guided By Voices, Closer You Are, will be published in August 2018 by Da Capo Press. Cutter is also lead singer and lyricist for the bands Joseph Airport, Rectangle Creep, and Girls of the Big 10. He lives in Rockville, Maryland, with his wife and their three children.

You can email Matt at PEGCutter@gmail.com.

Aaron is a long-time friend of the company. He freelanced for Deadlands classic, Hell On Earth, Weird Wars, and a slew of Savage Worlds products over the years. We’ve not had him all to ourselves, though—he’s worked on A Song of Ice & Fire, Babylon 5, Call of Cthulhu, L5R, Suzerain, Unknown Armies, Wheel of Time, and World of Darkness properties, among others, and produces art and design for bands, comics, films, and games. started working with Pinnacle years ago providing cartography and illustration. She’s produced work for Deadlands, Weird War 1, The Last Parsec, Rippers, and a

bunch of other Pinnacle properties and continues to do so while assisting Aaron with managing art production for various upcoming projects.

Beyond Pinnacle she has done freelance work for Onyx Path, Catalyst Game Labs, and Savage Mojo – where she is currently serving as their Art Director. In her deep, dark past she got her start in freelancing doing marketing and advertising art for companies with a distinct lack of treasure maps and night horrors.

As our Art Director, Aaron is always going to be on the lookout for new artists, cartographers, and designers. If that’s something you’re interested in, send him an e-mail at pegportfolios@gmail.com and link your portfolio. John’s association with the Pinnacle gang goes all the way back to the Dark Ages (known today as “the mid-80s”), when he passed much of his free time killing Shane and John Hopler’s characters on a weekly basis in a variety of unique and (at least to him) entertaining ways. Since then, he’s held a fairly unusual mix of jobs, including private detective, fraud investigator, and interrogator for the U.S. military.

For the last decade or so, he’s also been employed as a writer and game designer, both full- and part-time. Although he’s authored, co-authored, or edited over two dozen works for Pinnacle, John is certainly best known for his first solo project, the Dime Novel Night Train. There is no truth to the rumor, however, that John receives a royalty for each player character slain while playing the adventure.

John has been involved with Pinnacle’s forays into miniature rules dating all the way back to the original Great Rail Wars game. He also worked closely with Shane on producing the latest version of the Showdown rules.

You can email John at PEGGoff@gmail.com. Danny started tabletop roleplaying while at University studying rock music, fine wine, and bonfires by castle—and sometimes attending classes for his Philosophy and Classical Studies degree. He has edited for some of the industry’s most respected companies including C7, Onyx Path Publishing, Modiphius, Triple Ace Games, and Third-Eye Games, amongst others.

A long time fan of Savage Worlds, he was brought on by Pinnacle as developer, writer, and editor for Savage Tales of Horror before transitioning to his current position as Licensee Manager.

Alongside his gaming work he is a full-time parent for two little gamers in the making, enjoys board and skirmish games, writing too many songs on guitar to remember how to play them, and all things movie and music related.

You can email Danny at PEGDJW@gmail.com. Thomas starting playing RPGs in his early teens. His first endeavors into the game were with the old box sets of D&D. Some of his fondest years of gaming during high school and college were playing Middle Earth Role-playing, Rolemaster and Top Secret/S.I.

He stumbled across Savage Worlds, fell in love with it instantly, and it became his go to system. After several conversations with Shane, Thomas joined Pinnacle as a an editor and layout designer. He has worked on several products including: Lankhmar, Rippers, Weird Wars I, RIFTS®, and several other lines.

In addition to working with Pinnacle Thomas has had the honor of working with other companies in the game industry including Gun Metal Games, Sigil, Modiphius, and GRAmel.

When not working on various projects Thomas enjoys spending time at the beach with his kids after relocating to Australia from the States. 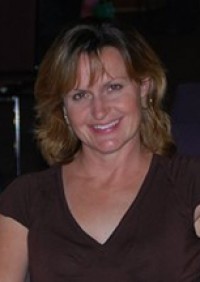 les all the bookkeeping, accounts payable, and taxes for Pinnacle. She’s also a reality check on all our wild ideas. When Michelle isn’t trying to rein in Pinnacle’s finances she’s riding herd over Shane and their two sons, Caden and Ronan.

Shane and Michelle Hensley owned a game and comics store called Fun ‘n Games in Blacksburg, VA, while they attended school at Virginia Tech. During that time, Shane wrote for every major gaming company, including TSR, White Wolf, and West End Games, among many others. 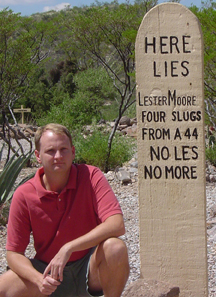 In 1994, Shane started Pinnacle Entertainment Group, where he created the best-selling, award-winning Deadlands, Hell on Earth, Weird Wars, and later Savage Worlds and many of its settings. Since then he’s written dozens of books and several novels, and designed everything from card games to miniature games to computer games.

In 2004, Shane joined Cryptic Studios as a designer on City of Villains, the sequel to the smash-hit City of Heroes Massively Multiplayer Online Roleplaying Game (MMORPG). Shane enjoyed several wonderful years at Cryptic before moving to Arizona to become Studio Head for Superstition Studios where he was making an MMORPG based on Deadlands.

Deadlands was unfortunately cancelled when the parent company folded, but Shane went on to create a colorful casual game called “Zombie Pirates.” He then returned to his friends at Cryptic Studios where he served as the Executive Producer of the new Dungeons & Dragons game, Neverwinter. From there he moved on to Petroglyph Games in Las Vegas, Nevada, and is currently the Executive Producer for End of Nations.

Shane still runs Pinnacle with the help of many talented freelancers and partners. He lives in Chandler, Arizona, with his wife Michelle, their two incredible sons, Caden and Ronan Hensley, and far too many pets. He has a double-BA in History and Political Science, and an MA in Special Operations & Low Intensity Conflicts. 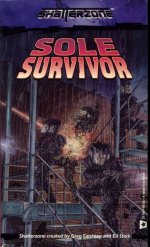